Sony reportedly tells developers PlayStation Store will return May 24th and he PlayStation Store will finally return to PlayStation 3 and PSP users. The store is also a major source of additional revenue for developers, thus its return is highly anticipated and backlogged content that was supposed to be released during the store’s downtime will be made available on a rolling basis over the next few weeks………. 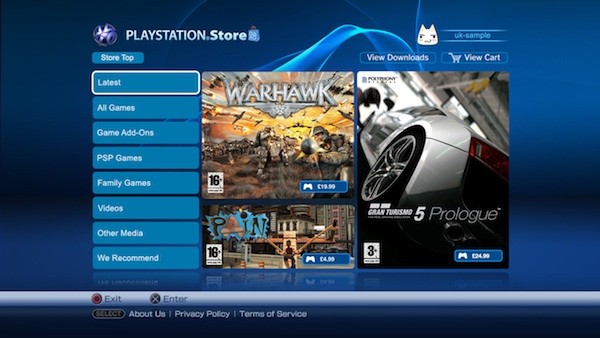 Sony will try to bring the PlayStation Store back online on 24th May and the company has sent a tentative publishing schedule to partners detailing when their games, expansions and other releases will become available to players. In the memo, obtained by Gamasutra, Sony unveils plans to do two content pushes per week for the next two weeks to catch up with the backlog of content. “We thank you for your patience as we work to resume service of the PlayStation Store,” wrote PSN content manager Jack Osorno to developer partners. The first push, set to coincide with the PlayStation Store‘s reopening, will distribute content that was originally scheduled to publish on April 26. Three days later on the 27th, another round of games will go live, which were originally scheduled for May 3. The following week, pushes will take place on May 31 and June 3, using content that originally had been planned to be spread over three weeks. At that point, the company will be back on schedule and, presumably, return to a single content push per week.

While Sony is trying to maintain the queue that was already in place, the company says it is willing to move some titles around, depending on urgency. Seemingly, this would include DLC packs for existing titles that have already released expansions on other platforms. “If there are concerns, we are willing to consider adjusting the release date of your content on this schedule,” says Osorno. “Adjustments will be made on a case by case basis.” The launch of the PlayStation Store is one of the final steps to bringing the PlayStation Network back to full operation. Sony has said many times that it expected the network to be fully operational before the end of May. In some cases, that impact has been substantial. Capcom corporate officer and SVP Christian Svensson for instance has previously estimated the company’s lost revenue from the outage as being in the “hundreds of thousands, if not millions of dollars.” Other developers have remained more supportive of Sony, but have made public appeals to the company to assist them with marketing their titles once the Store goes back online so that they might recoup any losses. For consumers, the relaunch of the PlayStation Store should get them one step closer to being able to claim the contents of their “Welcome Back” package. As detailed on Sony’s U.S. PlayStation Blog, PlayStation 3 owners with existing PSN accounts will be able to download two free games from a pool that includes Dead Nation, Infamous, LittleBigPlanet, Super Stardust HD and Wipeout HD.