Ever Imagined Installing Pipelines With Helicopters? A Startup Did

In the wake of natural disasters and catastrophes, critical infrastructures are often damaged badly. As a result, the afflicted regions may lose water and electric power supply, thus rendering multitudes of people in need for help. Now, a new startup aims to resolve the problem by laying quick pipelines with helicopters. 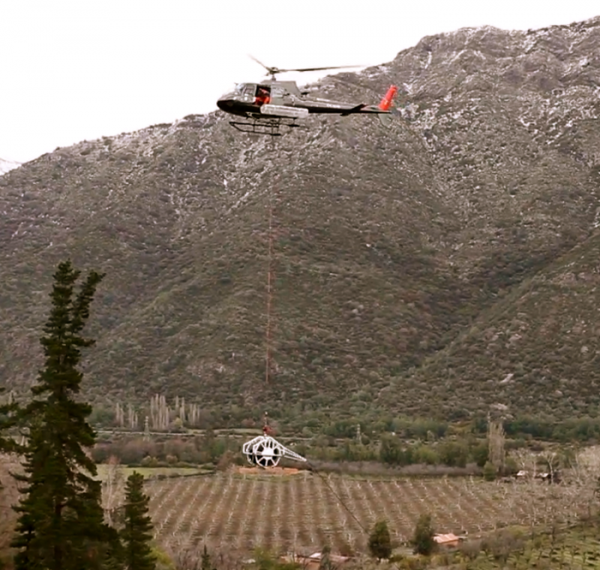 [Review] The Level: Innovation To Help All Lazy People

Water supply is often disrupted when natural calamities strike and there was no quick method to fix them, until now. The damaged infrastructure can’t be repaired within days and if the roads are blocked, no mode of transportation can carry hundreds of thousands of bottled water daily to afflicted regions.

Now, a new startup called TOHL, which stands for Tubing Operations for Humanitarian Logistics, has come up with an excellent and innovative solution to resolve this problem. TOHL aims to lay down plastic tubes above the ground for quick emergency relief. In a test demonstration, a 1km long high-density polyethylene pipe was laid down and it took the helicopter a mere nine minutes to do so!

Naturally, such a set up holds huge potential and can have virtually infinite applications in the wake of disasters. However, it comes with a number of challenges. First, the helicopter is anchored to the ground while laying down the pipe and this increases the risk for an accident. Other than that, the pipe being laid down needs to be resilient enough to stand a rough and tough terrain.

Melissa McCoy, VP of Engineering at the company, says, “TOHL has the ability to install multiple pieces of small diameter tubing and provide a total flow rate in the range of 7 to 70 liters per minute, conservatively. If we assume that the average person needs a minimum of 1.3 gallons (5 liters) of water per day to survive in a moderate climate at an average activity level and we’re delivering 70 L/min, then that means water will be provided for 20,000 people per day. This is a best case scenario.”

Naturally, for flood relief activists, this would sound like music. Developing such efficient water supply routes in minutes is a dream-come-true for many and one really hopes that TOHL takes off. The startup is currently hoping to raise $30,000 via Kickstarter for its next phase of development. In this phase, the team is looking forward to reducing the density of the pipe without compromising its strength. Watch more about this project in the video below.

KickStarter Reaches The Milestone Of $1 Billion In Pledges

Fin: Make Your Palm Like A Numeric Keypad And Gesture Interface With Wearable Ring

Thylacine: A Modular, Customizable Sleeping Bag That Can Be Used In Any Season