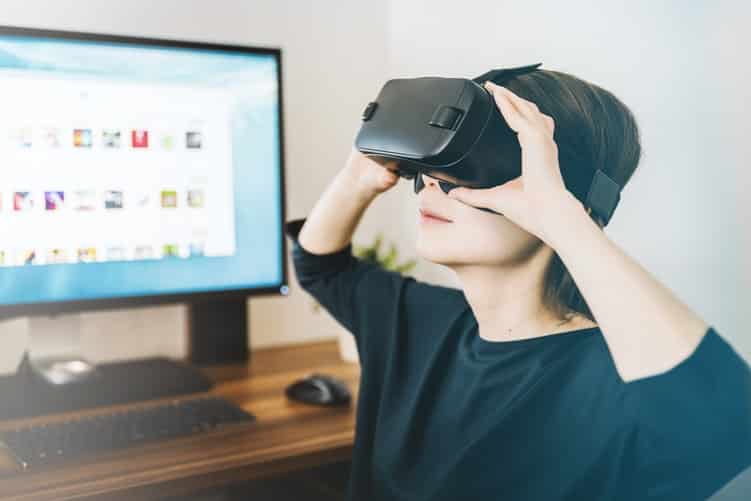 From Smartphone VR companions to Standalone VR Headsets here is our pick for the top VR Headsets out there. There is a handful of VR Headsets out in the market. However, there are subtle differences in how they project images in front of your eyes. For example, HTC Vive and Oculus Rift need Computers to function. On the other hand, both Google and Samsung have smartphone-based VR headsets. And lastly, the most exciting of them all is standalone VR headsets like the Oculus Go!

The HTC Vive is a great tool which not only gives you 2160*1200 OLED resolution but it makes sure you get your peripheral vision covered as well. The headset has a 360-degree motion tracking which means it will pick up the slightest of your head movements.

This device comes with two handheld controllers. Both the controllers will help you get accurate motion tracking.

This is one of the greatest VR headsets as it eliminates the need for a powerful gaming laptop or other devices to operate. This headset is completely standalone. Although this device is not as powerful as the Oculus Rift, it sure does ensure a great VR experience.

You should definitely get this VR headset if you own a Samsung smartphone. However, this headset is compatible with other brands of smartphones as well. It comes with a top-mounted dial for visual adjustment.

This headset comes with a handset controller as well. The touchpad has a circular touchpad and a mouse-like button at the top. This helps to trigger a similar vibe as if you were playing video games on your PC.

If you have an android phone you can use this headset without worrying much compatibility. Although you will get the most out of it if you are using a Pixel Smartphone.

Once you place your smartphone inside the Headset it will ask you to launch the Daydream app. Also, the handset controller will synch with your smartphone via Bluetooth. You can actually enjoy a Daydream version of YouTube using this headset.

Have you already used a VR headset? Please let us know your feedback. And do come back for more as we publish new blogs every day.

In the meantime here is a quick blog on the best gaming keyboards out there!