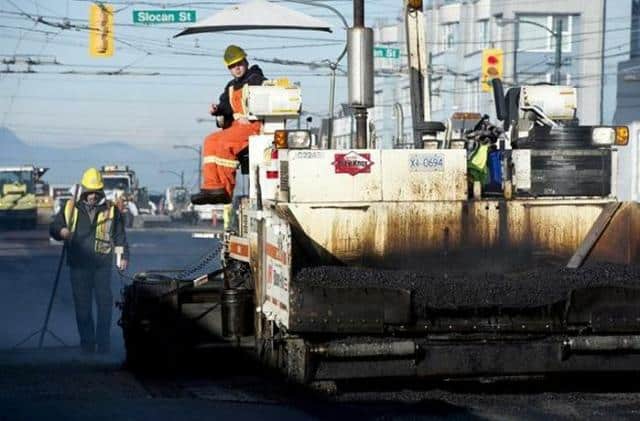 Plastic waste such as bags, milk jugs, yogurt containers or water bottles are difficult to recycle. But Vancouver has found a way to utilize the plastic wastes. Vancouver is paving its streets with the recycled plastics. Vancouver has become the very first city in the world to take such an initiative. The city of Vancouver teamed up with GreenMantra of Toronto for doing the job. First the local authority of Vancouver collected various types of plastics such as used water bottles, milk cartons and yogurt pots. Then they pestled them up and mixed them with asphalt (also know as bitumen or tar) to create a paving mixture. When the paving mixture gets warmed, it acts as an adhesive to bind the asphalt together. This happens because the paving mixture allows the asphalt to flow smoothly at a much lower temperature.

It has been found that the process consumes 20 percent less fuel to heat the asphalt and reduces the amount of vapors released into the atmosphere. The team believe paving the streets of Vancouver with recycled plastic is much better for the environment than traditional asphalt.

By undertaking such innovative measures, Vancouver wants to be the greenest city in the world by 2020.

Source : City Of Vancouver
Thanks To : Inhabitat