Thesis is a powerful, high quality WordPress master theme framework that makes it easy for anyone to run a professional, customized blog or website.Thesis boasts the strongest SEO of any theme on the market today thanks to its expertly-coded HTML + CSS+PHP framework. Not only that, Thesis also contains additional options that will allow you to fine-tune each and every page of your site.But now Thesis is Backs Down……. 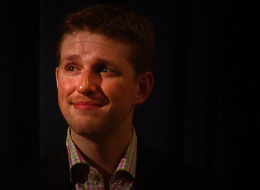 Chalk this one up as a victory for the free software movement: Thesis, the wildly popular proprietary WordPress theme from developer/designer Chris Pearson, is now available under a split GPL, the license that makes it possible to alter and redistribute this software as you see fit.Pearson’s decision marks the end of a high-drama clash between him and Matt Mullenweg, the founder of WordPressand of Automattic, which runs WordPress.com and a handful of related software. Some folks wondered if the battle of words might end in a battle of legal precedent as Mullenweg struggled to preserve free-software principles and Pearson struggled to maintain control over his highly successful software.

Thesis caused a bit of a ruckus when it was first released a couple years ago; being built on WordPress and using the WordPress plugin API (GPL software), the theme was supposedly subject to the same share-and-share-alike principles and should have been released under the same GPL.Also known as a General Public License, this document was created first by Richard Stallman, who still has very definite views about software sharing. According to the GPL, software can be sold commercially but the user must be free to share the software, free to modify it, free to redistribute it to the community and free to share copies of his modified versions. In the words of the license, “If you distribute copies of such a program, whether gratis or for a fee, you must pass on to the recipients the same freedoms that you received.”

Thesis was being sold for $87 per copy under a more conventional license, even though it used and referenced GPL-licensed code. And for whatever reason, we didn’t hear too much about this single WordPress theme from day to day, even as it grew to become quite a money maker for Pearson.The sleeping dog was lying quite peacefully until Mixergy’s Andrew Warner conducted an explosive interview with Chris Pearson, creator of Thesis. We say “explosive” in the sense that the blogosphere (and other social media spheres) exploded as the video racked up views. As Pearson revealed the financial success he’d seen from his should-have-been-at-least-partially-free-and-open-source software, WordPress founder Matt Mullenweg fired back on Twitter. This testy exchange culminated in another Mixergy interview, this time a face-off between the two gents. A lawsuit was a-brewin’. 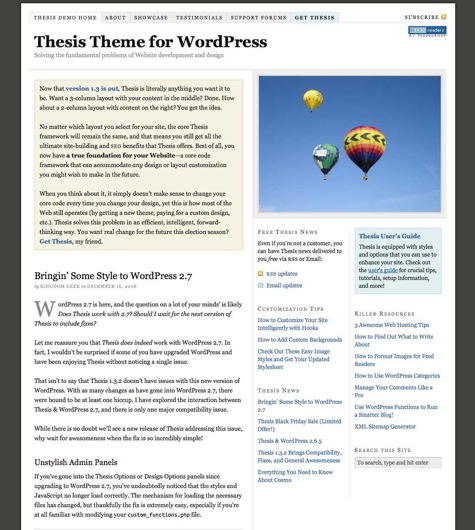 “Even if Thesis hadn’t copy and pasted large swathes of code from WordPress (and GPL plugins) its PHPwould still need to be under the GPL,” Mullenweg wrote on his blog. He also began encouraging Thesis users to abandon the theme and seek GPL alternatives.“We write software that empowers and protects the freedoms of users, it’s our Bill of Rights. People should respect that,” he said on Twitter.While it seemed over the past week that neither party was willing to budge on his position, Pearson has just now relented, if only enough to satisfy the legal requirements of the GPL.

“Friends and lovers: Thesis now sports a split GPL license. Huzzah for harmony!” he wrote on Twitter this afternoon. Still, he said the change “has no practical implications for 99.9% of people.”The split GPL will allow the parts of Thesis that use WordPress code to be freely shared. All the PHP code is GPL, while CSS and JavaScript code sections remain proprietary. It’s not a complete win for FOSS, but at least it’s fair, compliant and fork-able.Mullenweg’s public response seems to be one of relief. “This has taken a lot of my time over the past few days and was going to consume more if it went forward,” he wrote on Twitter today. “Thrilled, however, that Thesis is now legal and in compliance… What’s going to be far more useful to Thesis is the fixes we can send him now — which is the most beautiful part of open source.”

It’s a complex and nuanced issue, but we’re glad that Pearson saw fit to respect the GPL and that no blood was shed in the process. What are your thoughts? Let us know in the comments.

K-Lite Codec Pack 6.2.0 has been Updated