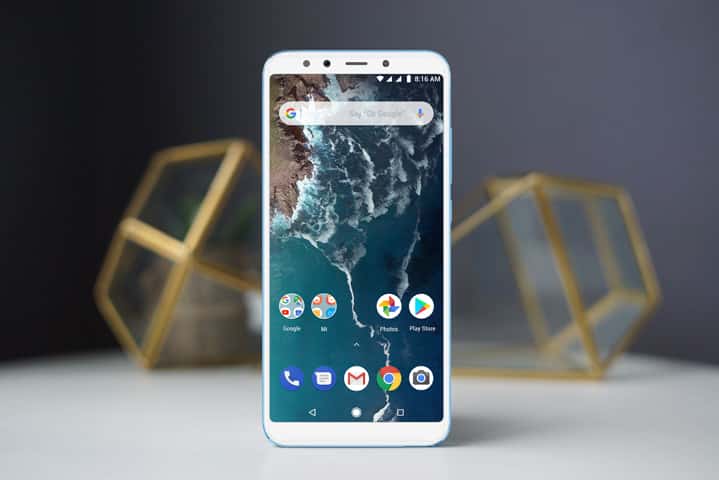 Xiaomi Mi A2 is an Android One device that comes with the great camera, new fast processor, Ultra-thin design and more. Android One is an unmodified Android operating system that controls the technical standard and created by Google. Last year Xiaomi had unveiled Xiaomi Mi A1 which was Xiaomi’s first Android One phone. After a good start, Xiaomi now released Mi A2 and Mi A2 Lite. Mi A2 has lots of changes and upgrades with Dual AI Camera, new Snapdragon processor, 5.99″ FHD+ Display, Ultra-thin design and more. Today we are showing you about Mi A2. The Mi A2 Lite review is coming soon.

The first thing is very noticeable is the design. The Ultra-thin design makes this phone a premium look. The body is full metal unibody. It also has “grippable texture” that makes a different look. The Dimensions are 7.3mm Thickness, 158.7mm Height, 75.4mm Width and 168g Weight, Which is really good. To make this phone thin, they also removed some useful things that we really need. They removed 3.5mm jack and external SD card slot system. So you have to use a type-C Audio adapter that they are giving you with “Package Contents”. On the other side, the sd card slot has also removed. So you can’t use external sd card storage on your phone.

The most attracting side of this phone is the dual AI camera which takes really good photos in daylight and as well as low light situation. This is the best camera in this budget till now. The rear cameras are 20MP and 12MP. The 20MP camera has 2.0μm pixels and f/1.75 large aperture with SONY IMX376 sensor. The 12MP camera has 1.25μm pixels and large f/1.75 aperture with SONY IMX486 sensor. They implemented a new photo processing system called “4-in-1 pixel binning technique” which reduces the noise of the picture.

In the video recording section, you can record video in 4K at 30fps and take slow-motion video in 720p at 120fps. The EIS only supports on 1080p recording at 60fps. Because of Android One operating system, the phone will get the most recent and latest Android update from Google. You don’t have to worry about the latest security and feature update. The interface looks pure stock android. so MiUi haters will like this OS.

Xiaomi used Non-removable 3010mAh battery with type-C fast charging. But in the box, they are not giving you the fast charger. You will get 5V,2A charger.

Xiaomi Mi A2 has released some country. So it’s expected to launch many countries very soon. Here is the price list in Euro:

Tags: Android One, Google, Mi A2, Xiaomi, Xiaomi Mi A2