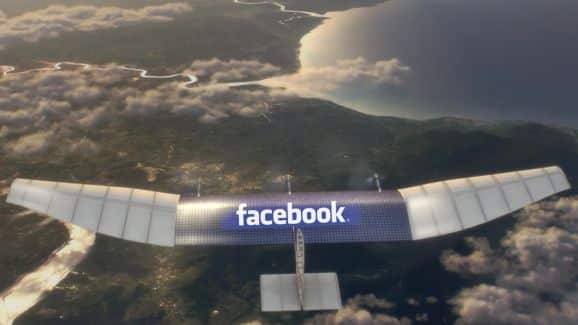 Many of you may know that social media giant Facebook has plans to use drones and lasers to ‘beam’ internet to the world and to implement the plan, Facebook has already started building drones with lasers. But nothing has been mentioned further. Now, Yael Maguire, engineering director at Facebook Connectivity Lab has revealed a bit further about the plan. While revealing further details, Maguire was comfortable using the word “planes” instead of “drones“. According to Maguire, Facebook will deploy the planes so that at least, 15% (estimated) of the world’s population, who have no internet, can have internet. He said, “In order for us to fly these planes — unmanned planes that have to fly for months, or perhaps years at a time — we actually have to fly above the weather, above all airspace. That’s between 60,000 and 90,000 feet. Routinely, planes don’t fly there, and certainly not drones.” Other than altitude constraints, these planes will need to harness the power of the sun in order to have the relevant amount of power to keep running, taking into consideration how there has yet to be a fuel which will enable such planes to fly for extended periods of time without having to refuel. See the video below where Yael Maguire shared the idea of inventing and deploying planes (actually drones).

Source: Internet.org
Thanks To: Mashable

Drone Enters Rally Of German Chancellor, Crashes Near The Stage