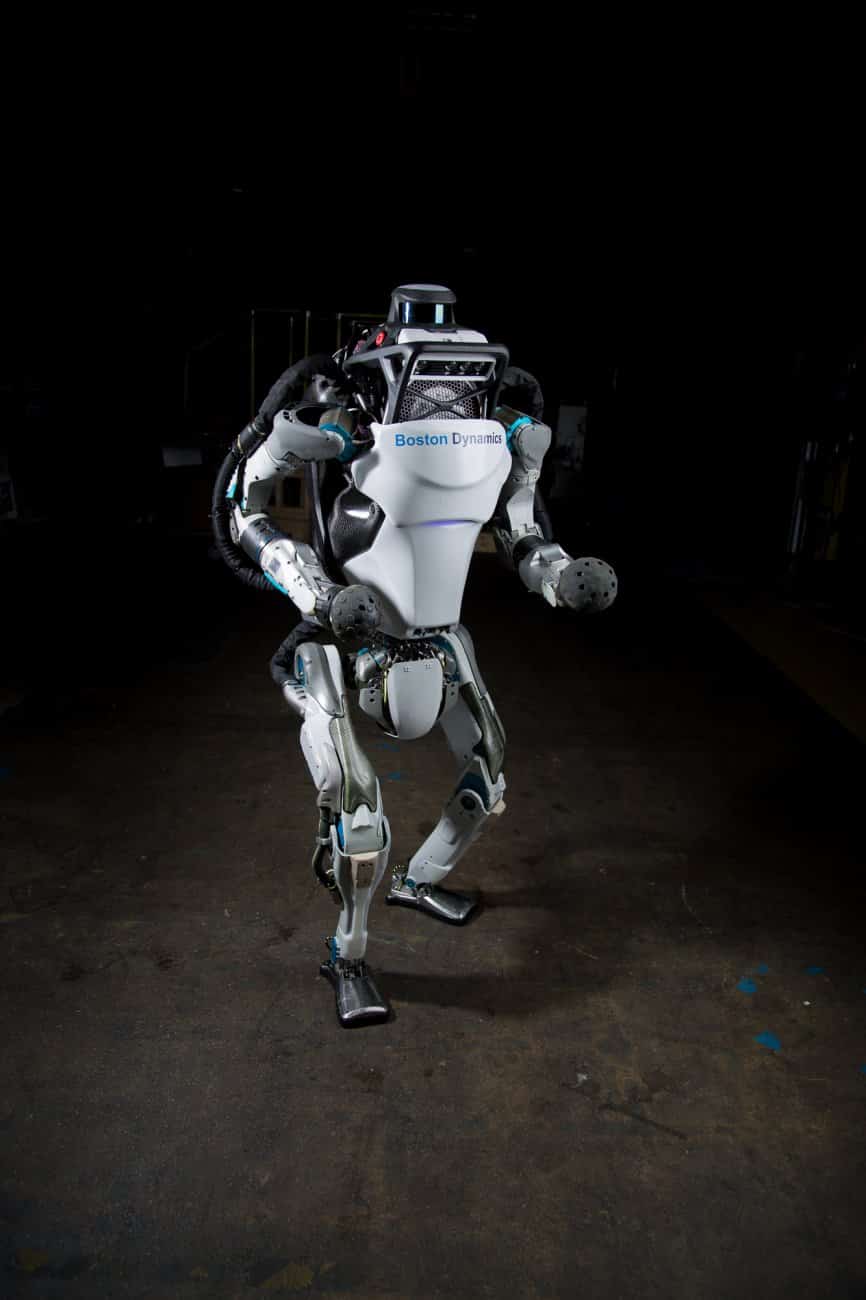 Boston Dynamics Atlas is a humanoid robot. It started with crawling but now can jump & sprint. Are we getting more closer to replicating human capabilities?

Atlas is one of the many robots under development by the company. Recently, Boston Dynamics have published a video documenting how swiftly Atlas can run on outdoor.

It is an advanced Humanoid Robot. Its control system combines the motions of the arms, torso, and legs too. It further enables its creators to control the robot from a distance. Atlas is equipped with tremendous balancing capabilities. It is built by using 3D parts thus ensuring low weight and space. Atlas can manipulate objects in its path through stereo vision and range sensing.

Its limbs are hydraulically powered. The overall structure of the robot is designed in such a way that it can fit into tight-fit spaces. Previous demonstrations of Atlas were captured indoor which had a plane surface. But in their latest video, we can see that Atlas running on grassy fields. It even jumps over a log and lands back on the ground.

Initially, the robot was thought to be used for search and rescue operations. Although, the USA Department of Defense stated that it will not use the robot for combat. Boston Dynamics built ‘BigDog’ as part of its contract with DARPA.  However, its military connection was not highly applauded by Google, which acquired the company in the year 2013. Google’s other lesser known subsidiary Schaft and Boston Dynamics were obligated to complete a contract with the US military. Google operates in the consumer market which will not take any military connection positively. As a result, Google refused funding from DARPA to complete its humanoid robot project. Most recently, the firm is acquired by  SoftBank. Now, only time will tell, the fate of the company.