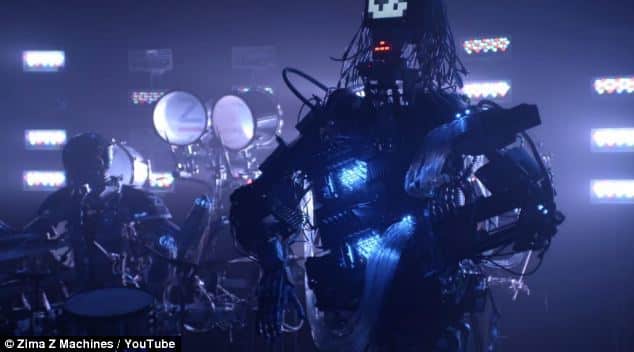 British record label Warp Records has decided to release a music album of a band in April of this year. Do you know who are the team members of this band? The band team members are not human, rather they are 3 robots! In 2013, a team of Japanese roboticists decided to make such robots that would have beyond the capabilities of the most advanced musicians. As a result, they created three robots and named the band of these robots as Z-Machines. Out of these three robots, one has 78 fingers and it can play guitar. The other has 22 arms for playing drums.

However, now the roboticist’s musical producer, Kenjiro Matsuo, and his team, has invited a number of Japanese composers as well as Squarepusher to develop music specifically for these robots. The name of the album will be ‘Music For Robots‘ and it will be released on April 8.

Regarding this, Squarepusher has said, “Each of the robotic devices involved in the performance of this music has its own specification which permits certain possibilities and excludes others. In this project familiar instruments are used in ways which till now have been impossible. The robot guitar player, for example, can play much faster than a human ever could, but there is no amplitude control.”

However, the Z-Machines have already performed five songs. They are:

If you pre-order now for the album, you’ll be able to grab the “Sad Robot Goes Funny.” Here’s a video for you.

Source: Warp Records
Thanks To: Pitchfork