Autistic children can be very shy in their interactions and engaging their interest at school can be tough. But Topcliffe Primary in Birmingham is doing an excellent job at this by using two friendly robots. These robots can have conversations with autistic kids and play games as well.

The two robots have been named Max and Ben by the students at the school. Both of them can be programmed to even dance and take classes alongside the children. One of the key reasons why kids tend to relate with these robots is that they don’t come with a whole range of emotions and have blank faces. Autistic kids who often face problems in revealing their emotional states to others feel more at home with these robots.

According to a teacher at the school, “Autistic children find them less threatening and easier to engage with than adults and other children, so they provide a safe environment for them to explore and develop their communication skills.” He further says that ‘Children who first come into school unable to make eye contact with humans start to communicate through the robots. They are also cute and lovable which helps capture their attention.’ 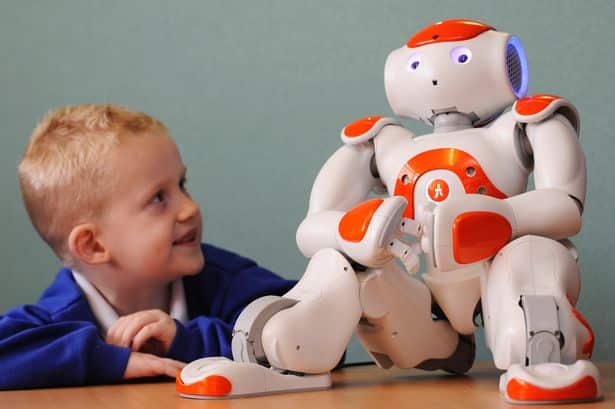 The robots have proved very helpful so far. The kids at school have a lot of fun with them, tend to interact with them often and all this has resulted in a significant improvement of their general social interactions. For instance, kids who would previously talk to no one, reached out to other kids after spending some time with the robot.

In short, the robots have become a practicing lesson, a no-judgment no-emotion test-run during which kids see how well they do. When they realize that they can make social interactions with success, they open up to more people. In this way, the two tiny robots are improving the lives of many little kids.

Twitter’s New Profiles Finally Available For Everyone, Gets Yours Now

Meet J-deite Quarter: A Robot That Can Transform Itself Into A Sports Car