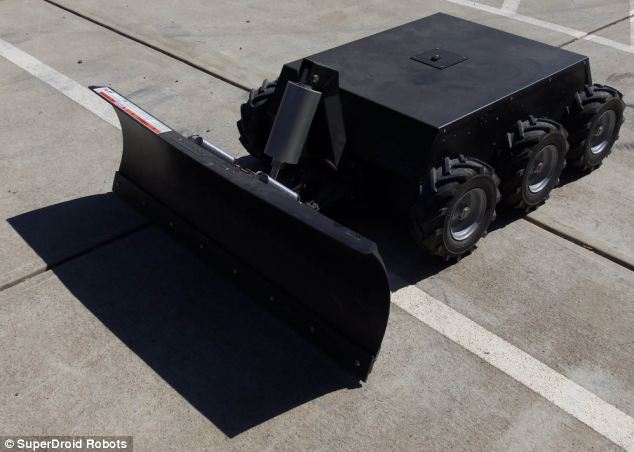 In those countries where snow falls every now and then, it’s impossible for a vehicle to move on without clearing the snows. This is done by both individual households and by governments and institutions. However, North Carolina robotics firm SuperDroid Robots has made a robot that can clear away the snow. The said robot weighs about 400lbs and has 6 wheels. It comes with a pneumatic 52-inch plough blade. The robot has many options including chains for the wheels, cameras and WiFi access. Robo-plough has been built for internal use and the firm can also customize the plough for each user. It can run for two hours on two car batteries. The very notable thing of this robot is you can control it via a tablet or Dekstop PC. It costs $8,500. Susan Payne of SuperDroid Robots said, “It was a technology transfer project, we built a robot for the NY fire department, so we decided to put a fun twist on it. It’ll plow a parking lot on a single charge, and works best in 2-6 inches of snow.”

For more details, hit the link below. As of now, see a video of the robot.

NASA Developing A Service Robot That Will Refuel Satellites