GM has expanded the connectivity system to include the 2012 Buick Verano, Regal and LaCrosse along with the 2012 GMC Terrain and has changed the branding of its SYNC competitor to IntelliLink for Buick and GMC models, although the features and functionality remain the same.It allow users to control phone functionality, radio stations and MP3 players through a natural language system, while Gracenote pulls in track listings and album art, Pandora, Stitcher and XM stream the tunes and a standard rear-vision camera, lets you keep tabs on what’s coming up from behind……….. 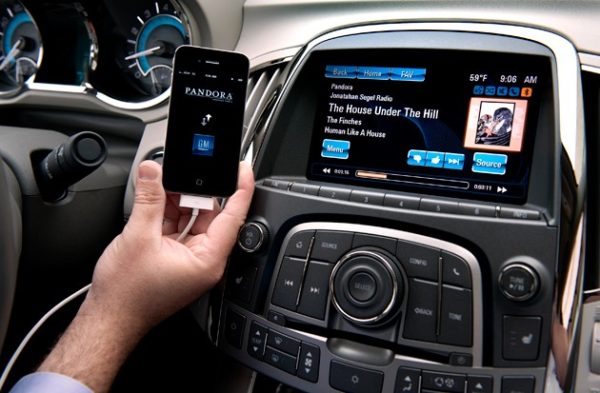 Buick, the fastest-growing major automotive brand in the United States in 2010 will bring a higher level of in-vehicle wireless connectivity and customizable infotainment options to its 2012 Verano, Regal and LaCrosse models. The upgraded capability will enhance the luxury vehicle experience that Buick buyers have come to know and love.Buick IntelliLink uses Bluetooth or USB to connect the driver’s smartphone to a new 7- or 8-inch, high-resolution, full-color touch screen display radio. IntelliLink expands on Buick’s current Bluetooth and USB capabilities to allow smartphone control via voice activation and steering wheel-mounted controls. It also enables streaming stereo audio from the phone through services like PANDORA Internet radio and Stitcher SmartRadio.Most importantly, Buick IntelliLink enables seamless integration of stowed portable devices with each vehicle’s infotainment system, allowing drivers to keep their hands on the wheel and eyes on the road.“Today’s tech-savvy consumers expect more from their cars’ infotainment systems,” said Tony DiSalle, U.S. vice president of Buick Marketing. “They want a system that allows them to customize their in-vehicle experience with smartphones and other portable media devices. The availability of IntelliLink on every Buick sedan in 2012 and every Buick model in 2013 takes connectivity and media personalization to a new level.”

Apple To Announce Volvo, Mercedes-Benz And Ferrari As Launch…

Consumer interest in onboard connectivity is rising with smartphone sales. Apple sold 16.2 million iPhones in the fourth quarter of 2010 and Android sales jumped 886 percent from 2009 to 2010. By the end of 2013, there will be 1.1 billion smartphones with annual sales of 300 million units, according to the research firm Parks Associates Industries.“About 70 percent of all new car buyers want some form of connectivity,” said Micky Bly, executive director leading GM’s infotainment engineering efforts, citing GM research. “Whether it’s because they want to listen to their favorite music or explore local restaurants on a Friday night, today’s car buyer expects so much more out of their time in a car.”One doesn’t need a smartphone to benefit from IntelliLink. The system works with a Bluetooth-enabled cell phone, USB flash drive or digital audio player. Even without a mobile device, Buick owners will benefit from IntelliLink‘s enhanced voice recognition technology and OnStar‘s on-screen turn-by-turn directions.IntelliLink‘s voice activation capability benefits from Buick‘s library-quiet interiors. Quiet Tuning systems, processes and components are built into every facet of the vehicle’s architecture to block or absorb sound and dampen or eliminate vibrations. Quiet Tuning also calls attention to the audio fidelity of Buick Bose and harmon/kardon sound systems.

Enhanced hands-free voice control system powered by Nuance, which allows simple voice commands to initiate phone calls and select radio stations or media from portable MP3 players and smartphones. A tap of a button on the steering wheel enables intuitive verbal control of many radio features like play (artist name) or call (name of contact). When a smart phone is connected you can say tune (Internet radio, station name).PANDORA Internet radio and Stitcher SmartRadio allow users to create personalized radio stations based on favorite artists or genres and enables access to thousands of audio programming choices, allowing customers to build a personalized listening experience. IntelliLink integrates control of both of these apps for a driver-directed listening experience.Gracenote identifies the music collection on the driver’s USB device, MP3 player or smartphone and presents information such as artist name, genres and album cover art on the IntelliLink screen and enables users to select similar music to the tunes they love. Gracenote also improves the accuracy of IntelliLink‘s voice activation system by allowing users to access music using artist nicknames, such as “The Boss,” “The Stones” or “Snoop” using IntelliLink‘s voice control interfaces activated through the touch-screen or steering wheel buttons.

Upgraded USB connectivity adds the ability to play music files directly from flash memory devices and gives the customer the ability to update IntelliLink with future feature enhancements.Buick IntelliLink‘s designers drew inspiration from the intuitive, easy-to-use interfaces found on many popular consumer electronics. The influence can be seen on the home page with application icons that animate when activated. The touch screen’s fluid, contemporary graphics and elegant color palette evoke Buick‘s “inviting luxury” aesthetic and advance the sophisticated design language established in the current LaCrosse navigation system.The debut of Buick IntelliLink extends the OnStar experience from safety and security to information and entertainment by seamlessly integrating the capability of a smartphone into the vehicle so that hand-held phones may be safely stowed while driving.When OnStar debuted in 1996, it pioneered in-vehicle connectivity with the auto industry’s first embedded telematics system. It has grown from primarily offering automatic crash notification and security features to include remote vehicle diagnostics, turn-by-turn navigation and the ability to slow down stolen vehicles. In November 2010, OnStar released a smartphone application for all 2011 Buick vehicles that incorporated remote start, lock/unlock, and vehicle status checks.

GMC, the brand known for professional grade capability and engineering excellence is taking in-vehicle connectivity to the next level on the 2012 Terrain. The small SUV with segment-leading fuel economy will expand its already-extensive list of standard and available features in late 2011 with a simple-to-use, customizable infotainment system and expanded wireless capability.The 2012 Terrain will be the first vehicle to offer GMC IntelliLink, which uses Bluetooth or USB to connect the driver’s smartphone to Terrain‘s new seven-inch, high-resolution, full-color touch screen display radio. IntelliLink expands on the current Terrain‘s Bluetooth and USB capabilities to allow smartphone control via voice activation and steering wheel-mounted controls, and streaming stereo audio from the phone through services like PANDORA internet radio and Stitcher SmartRadio.Most importantly, IntelliLink enables seamless integration of stowed portable devices with Terrain‘s infotainment system, allowing drivers to keep their hands on the wheel and eyes on the road.

GMC IntelliLink retains all the capabilities of today’s entertainment units, and adds to Terrain’s comprehensive list of standard and available features, which includes purposeful technologies such as: 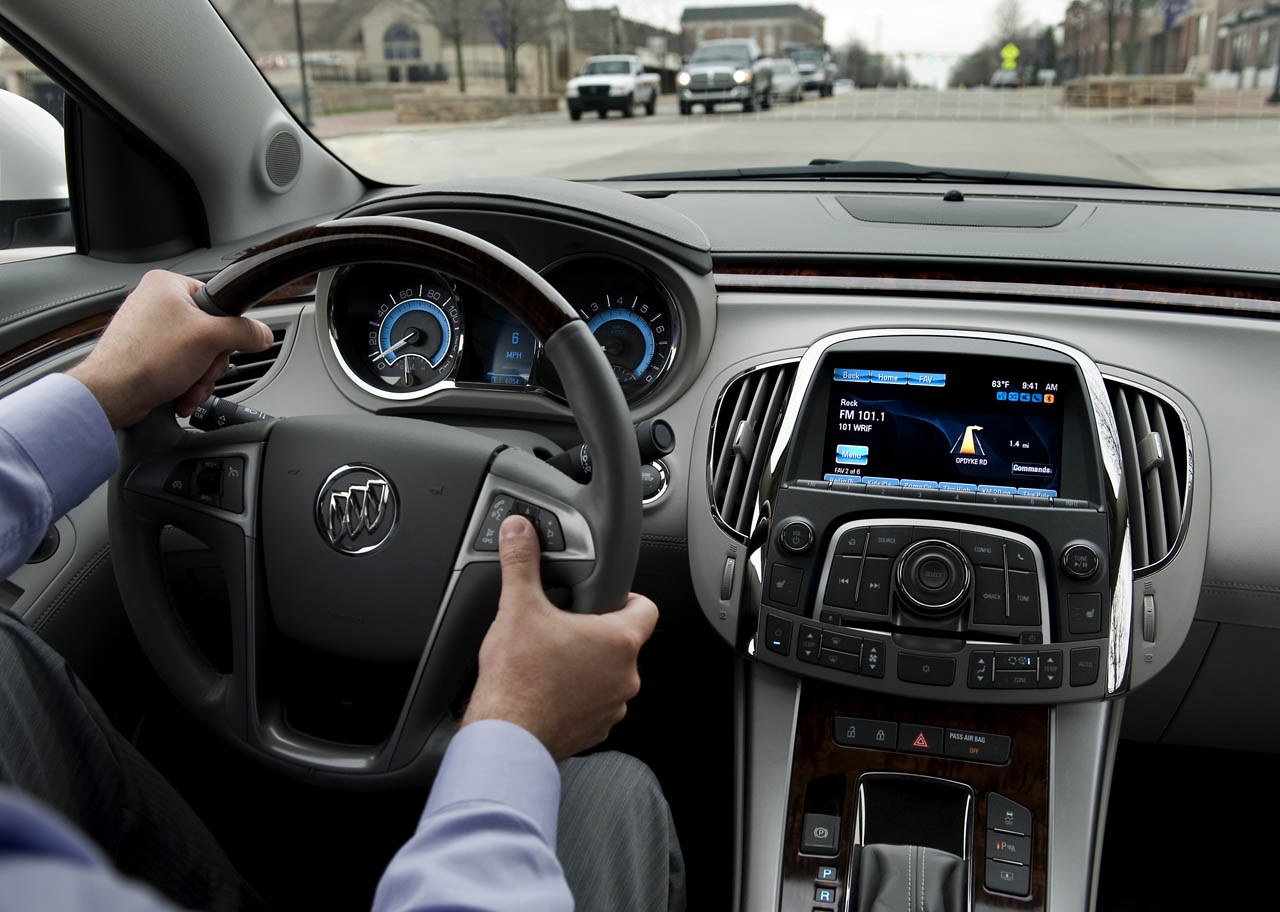 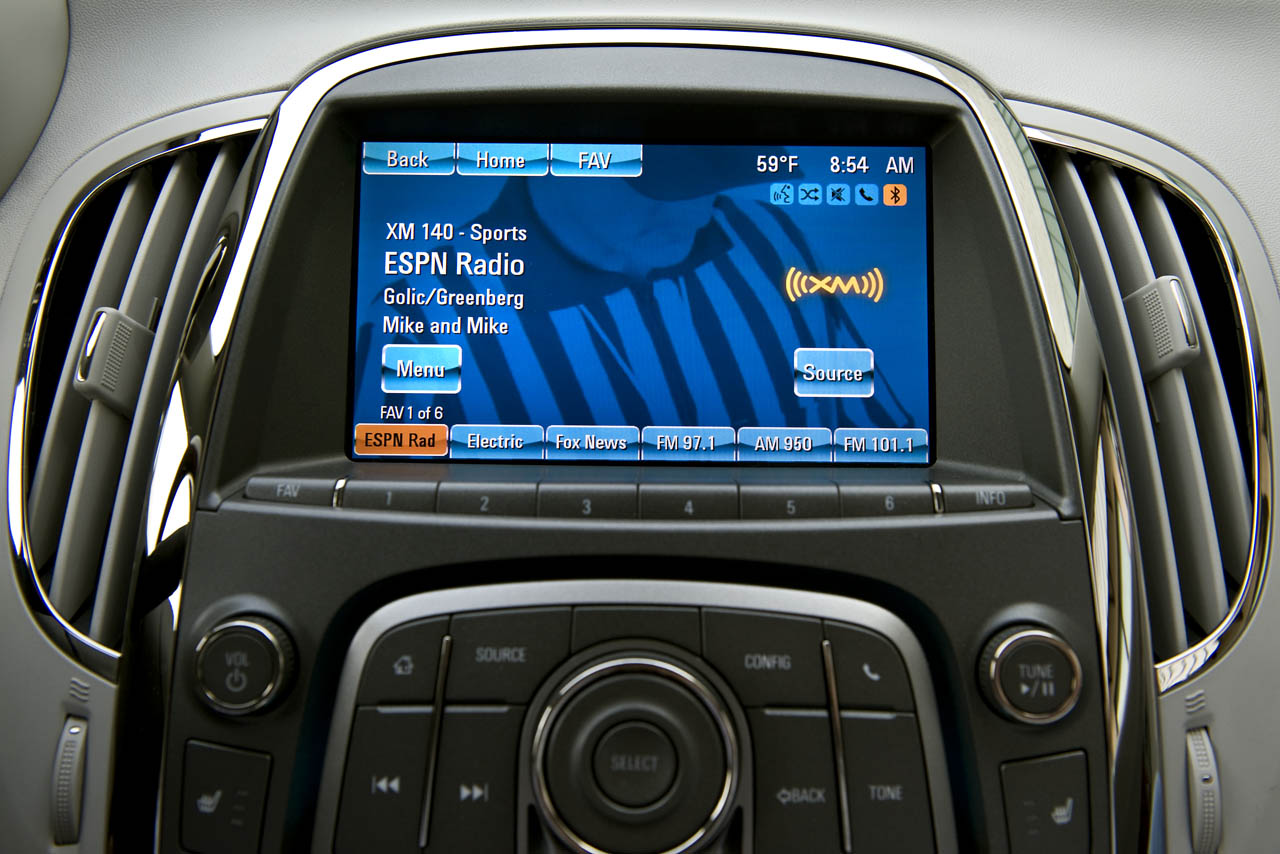 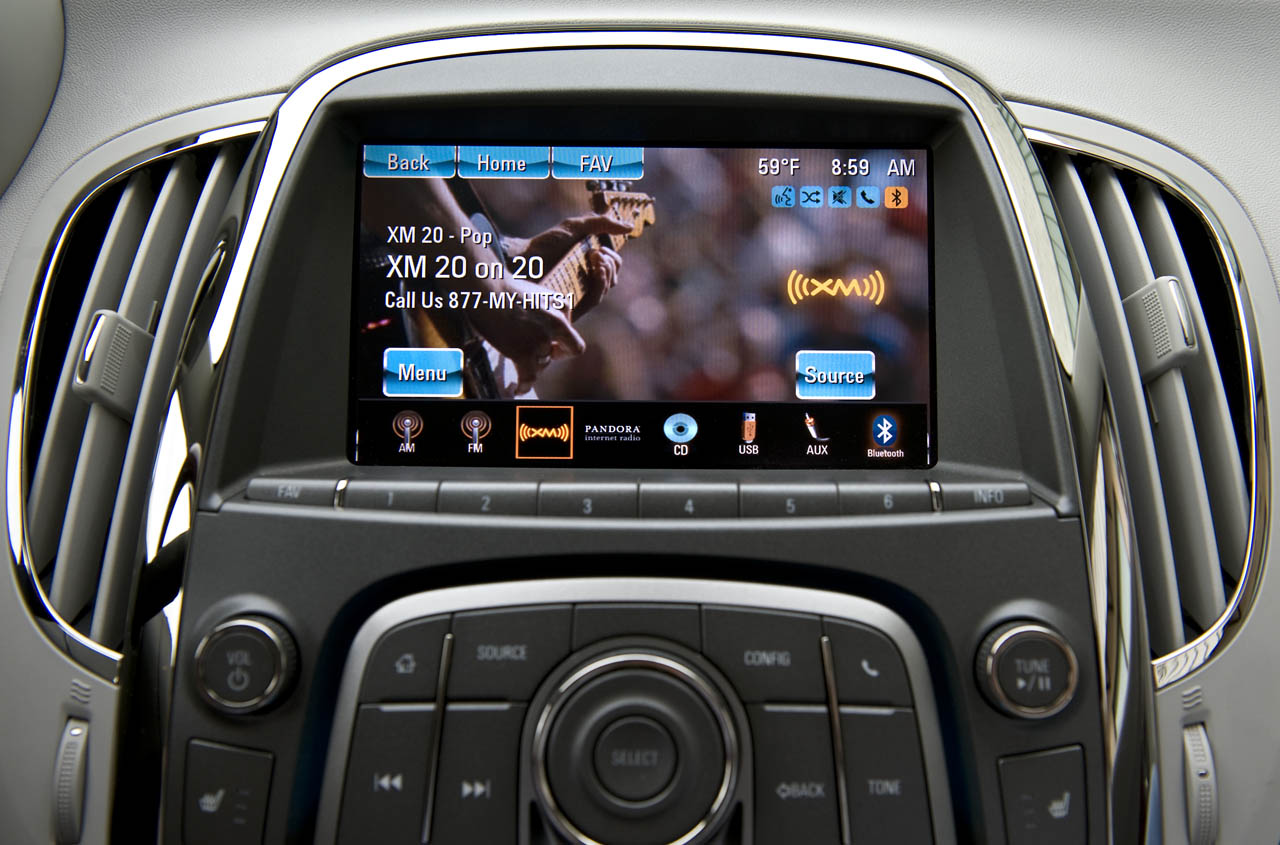 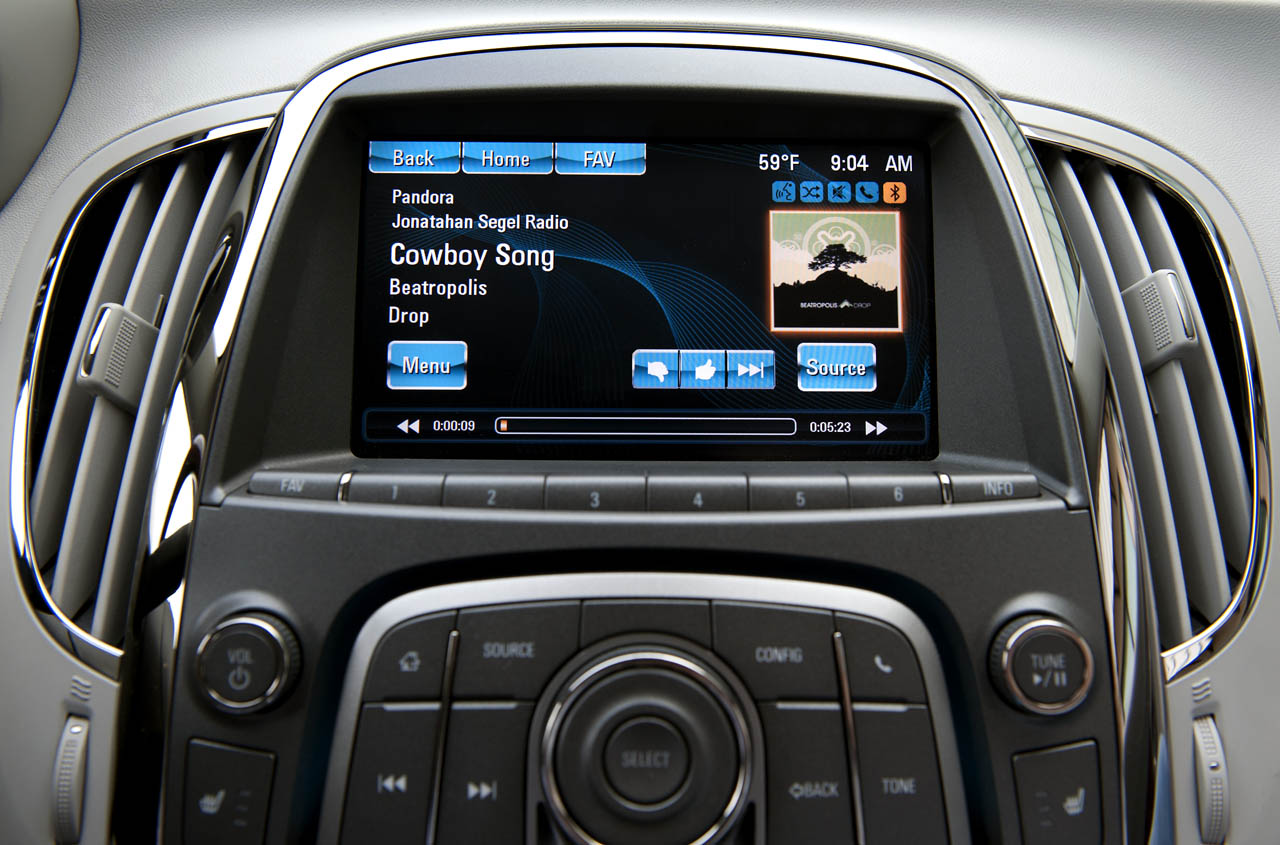 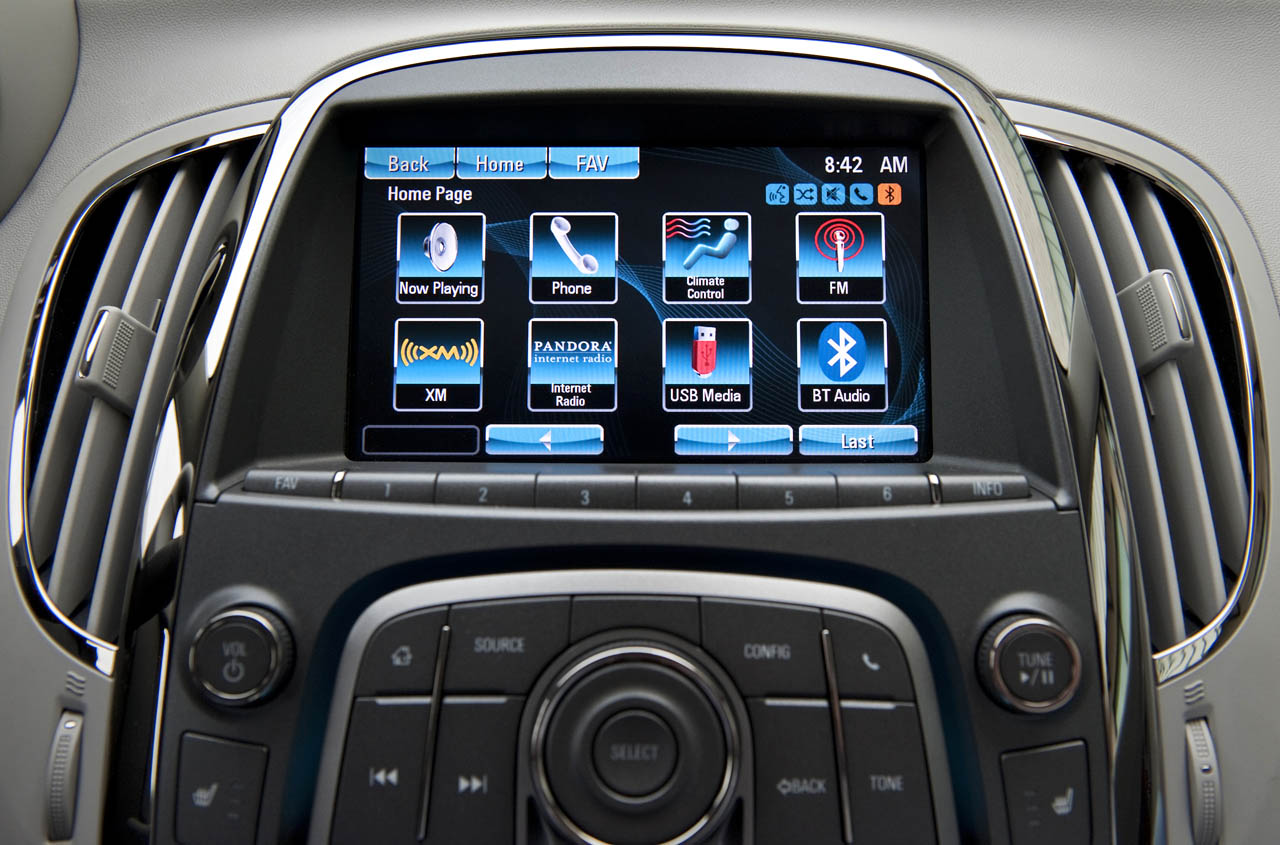 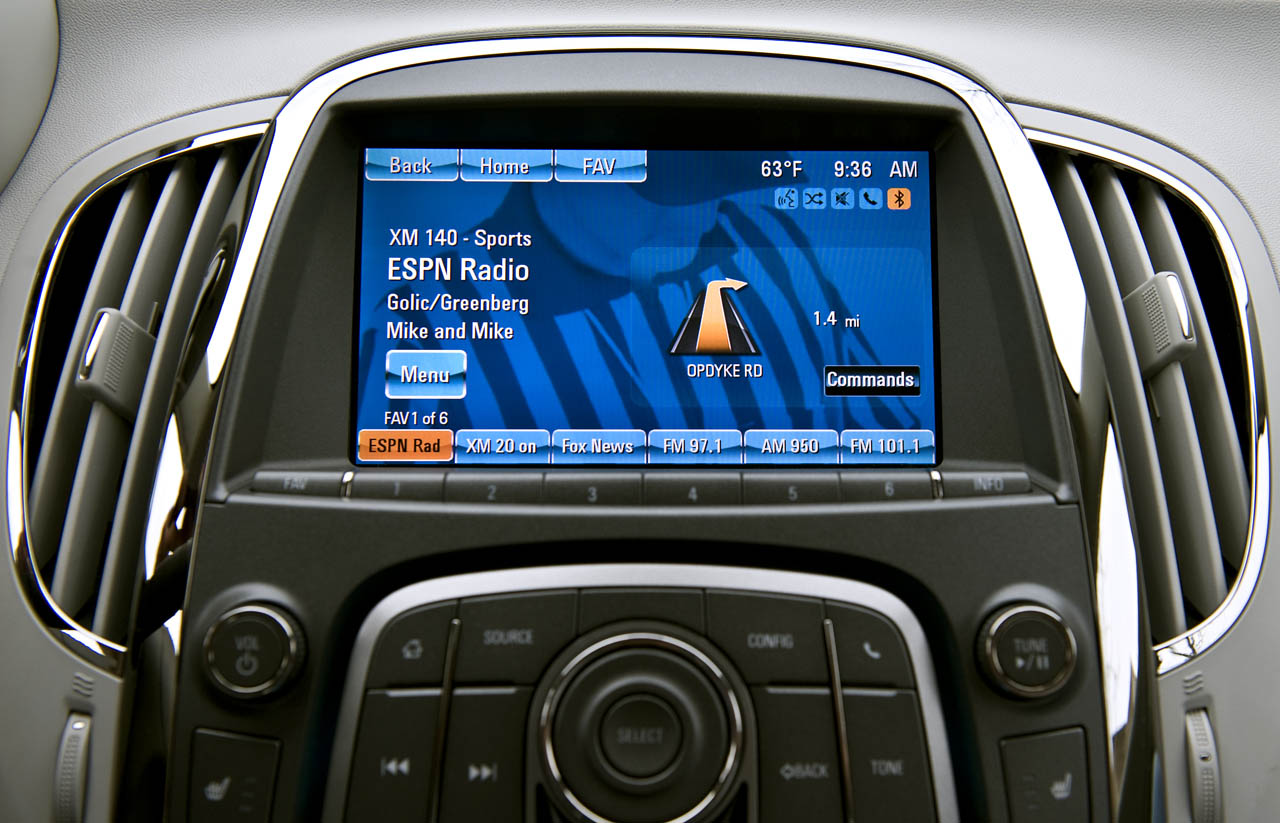 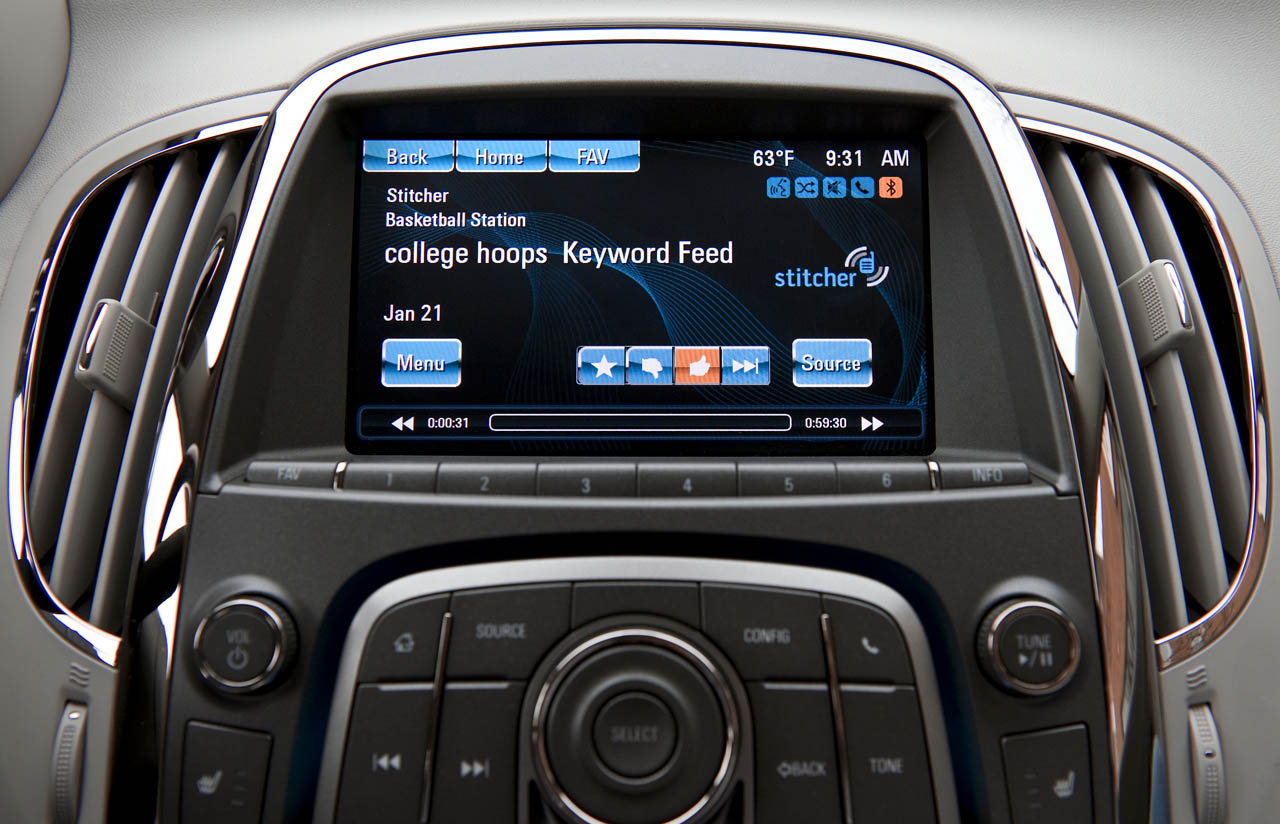 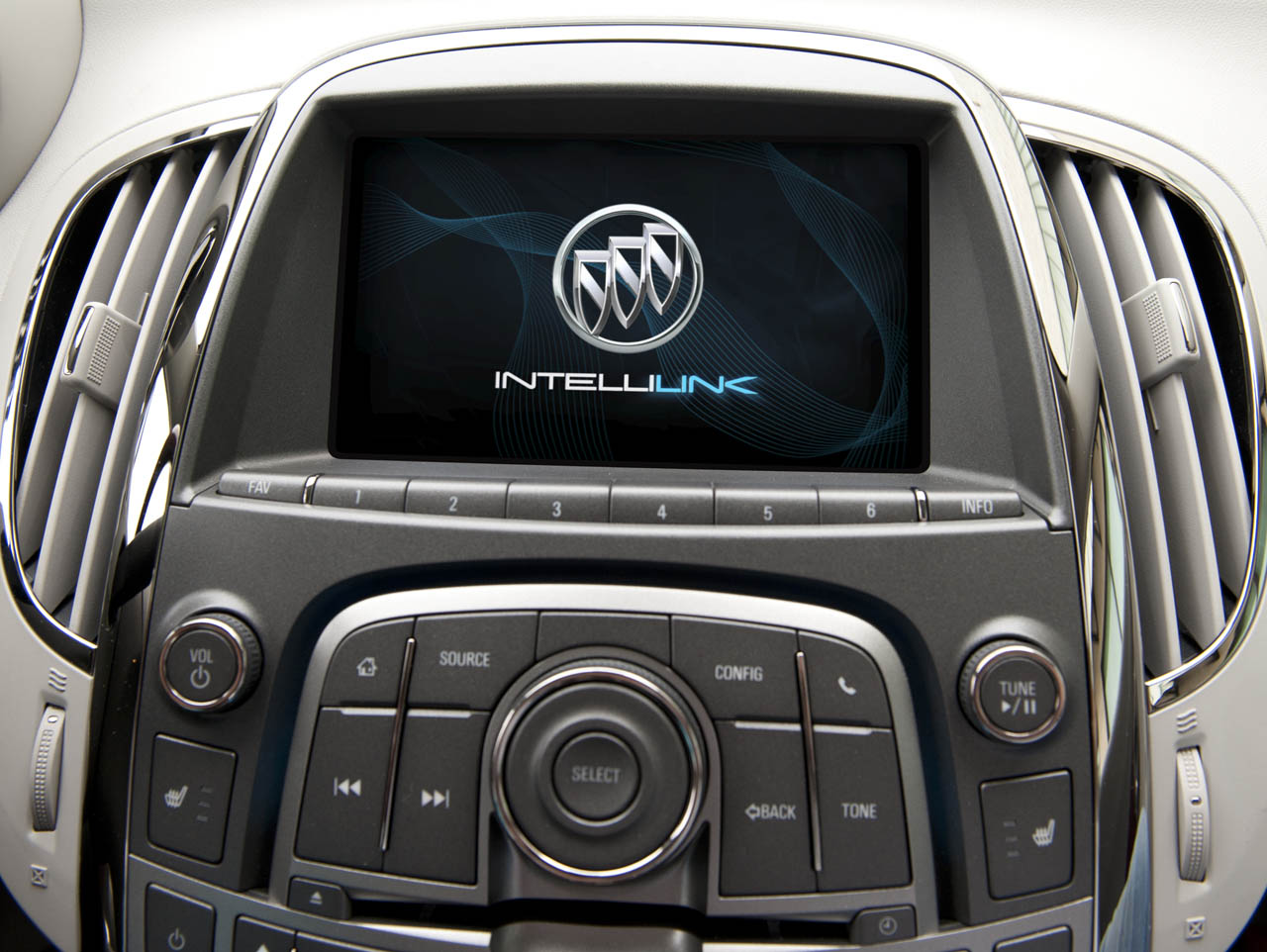 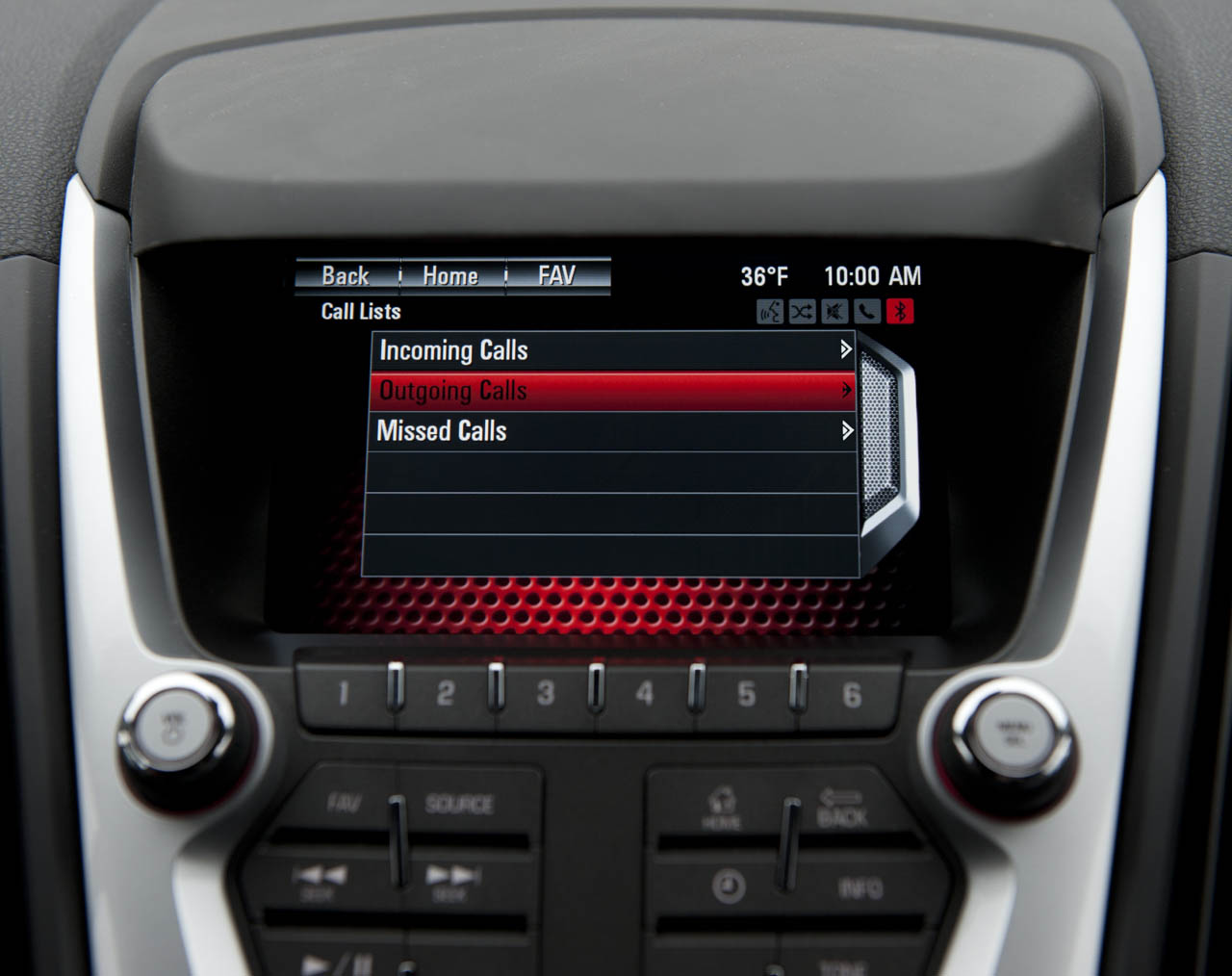 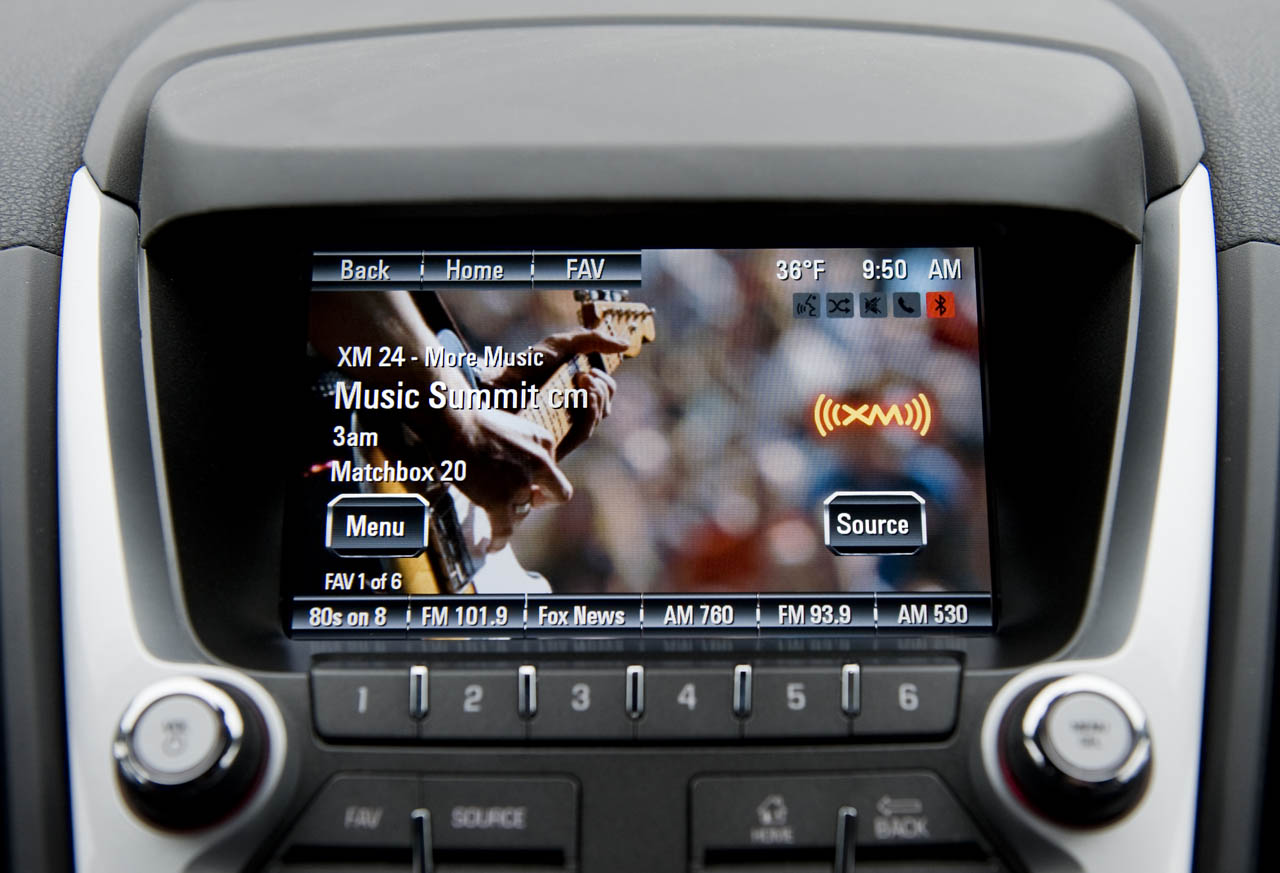 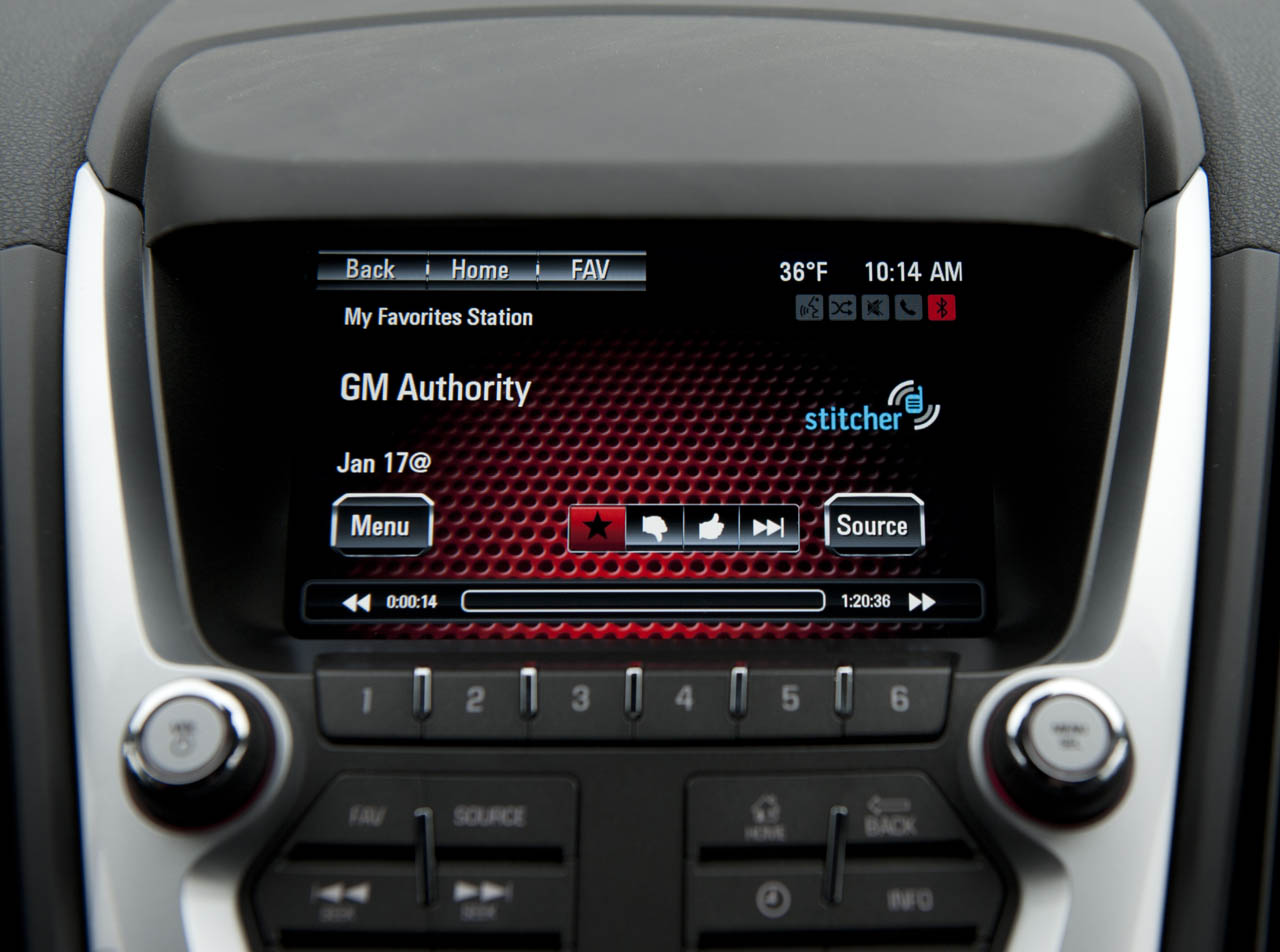 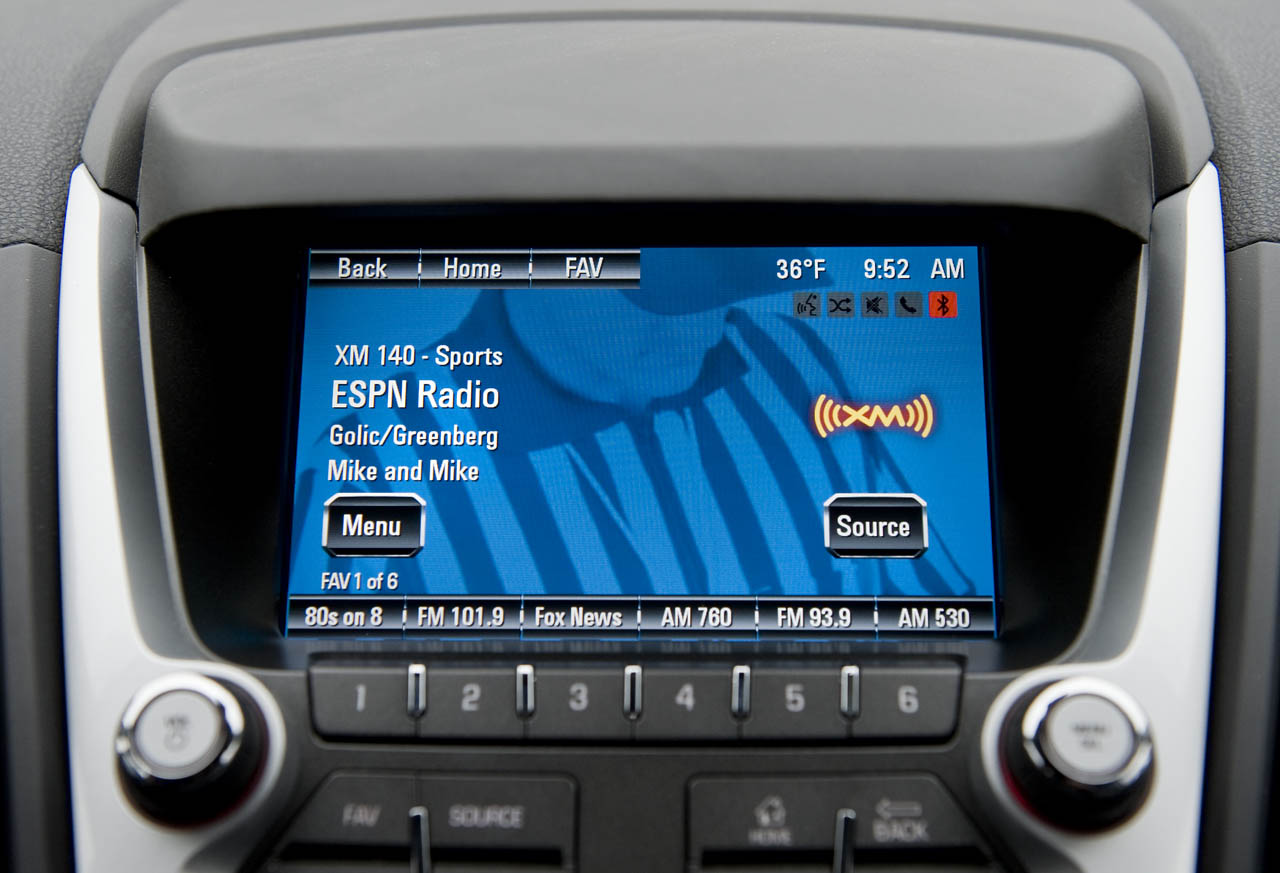 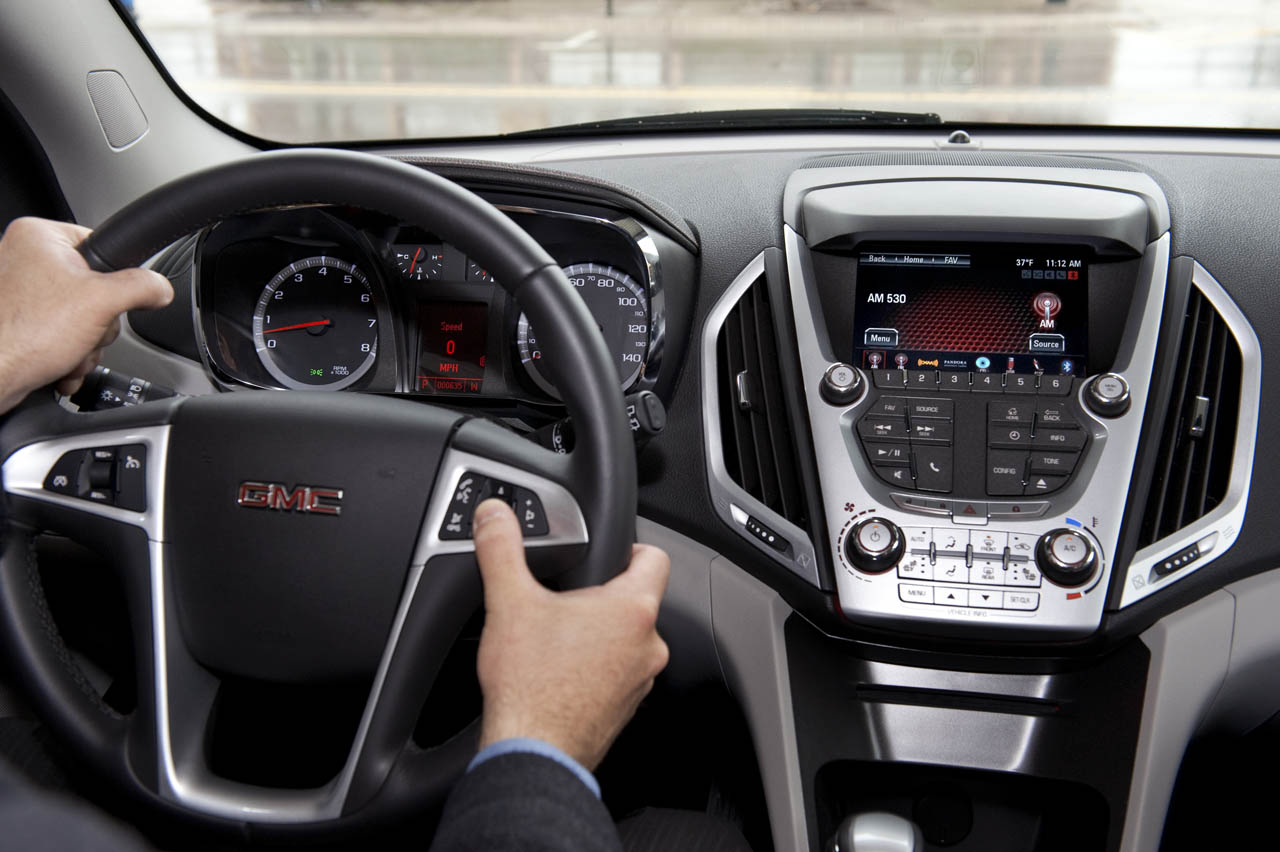 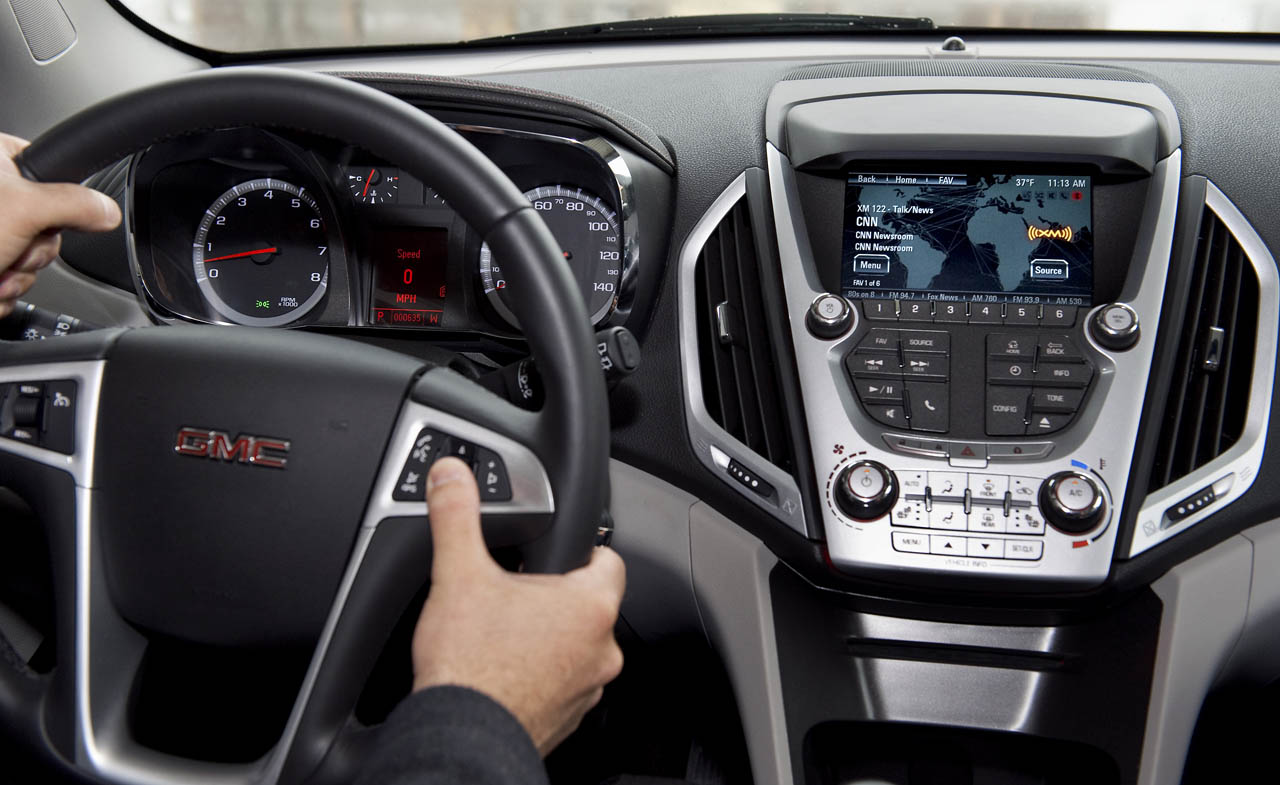 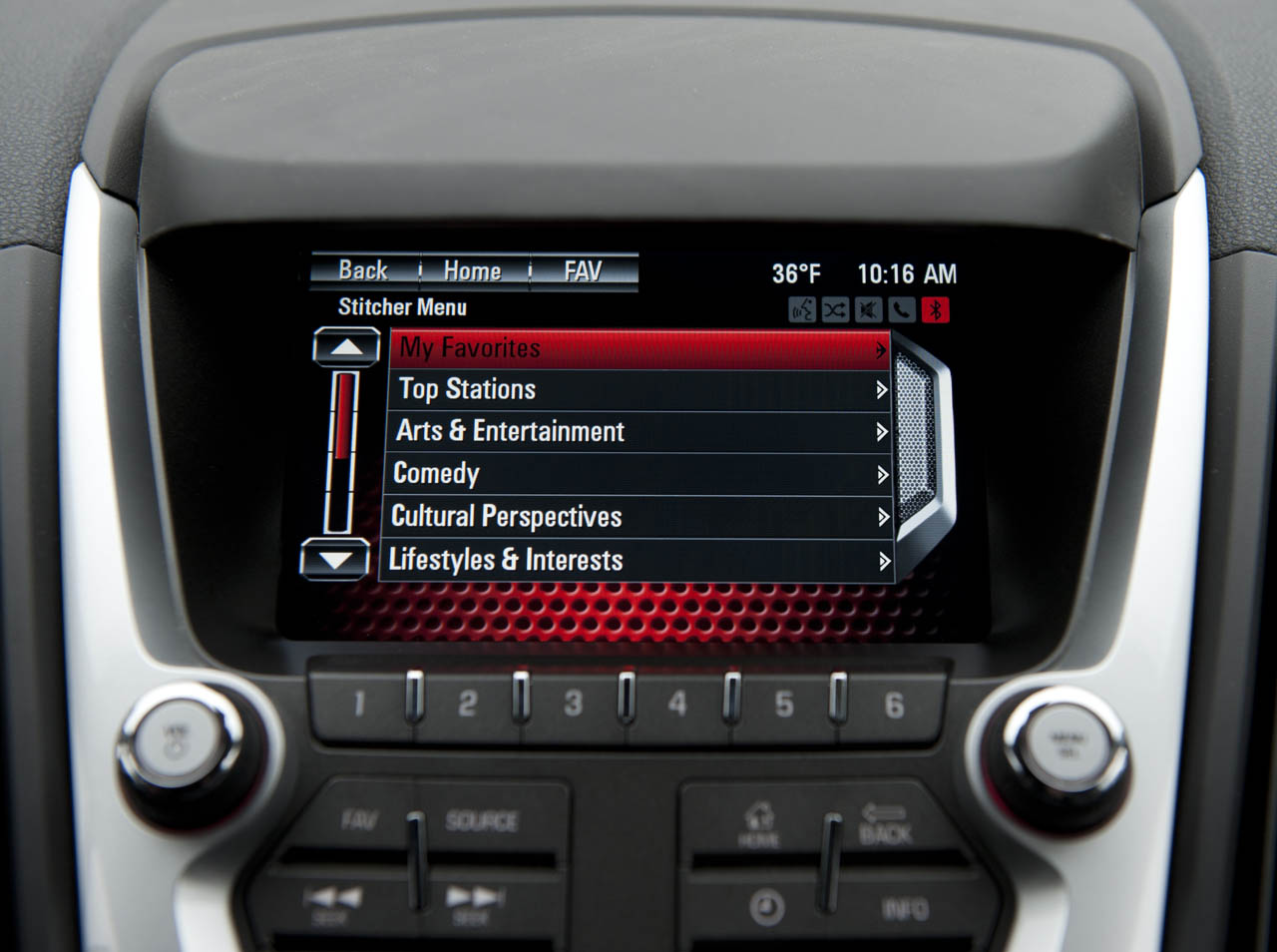 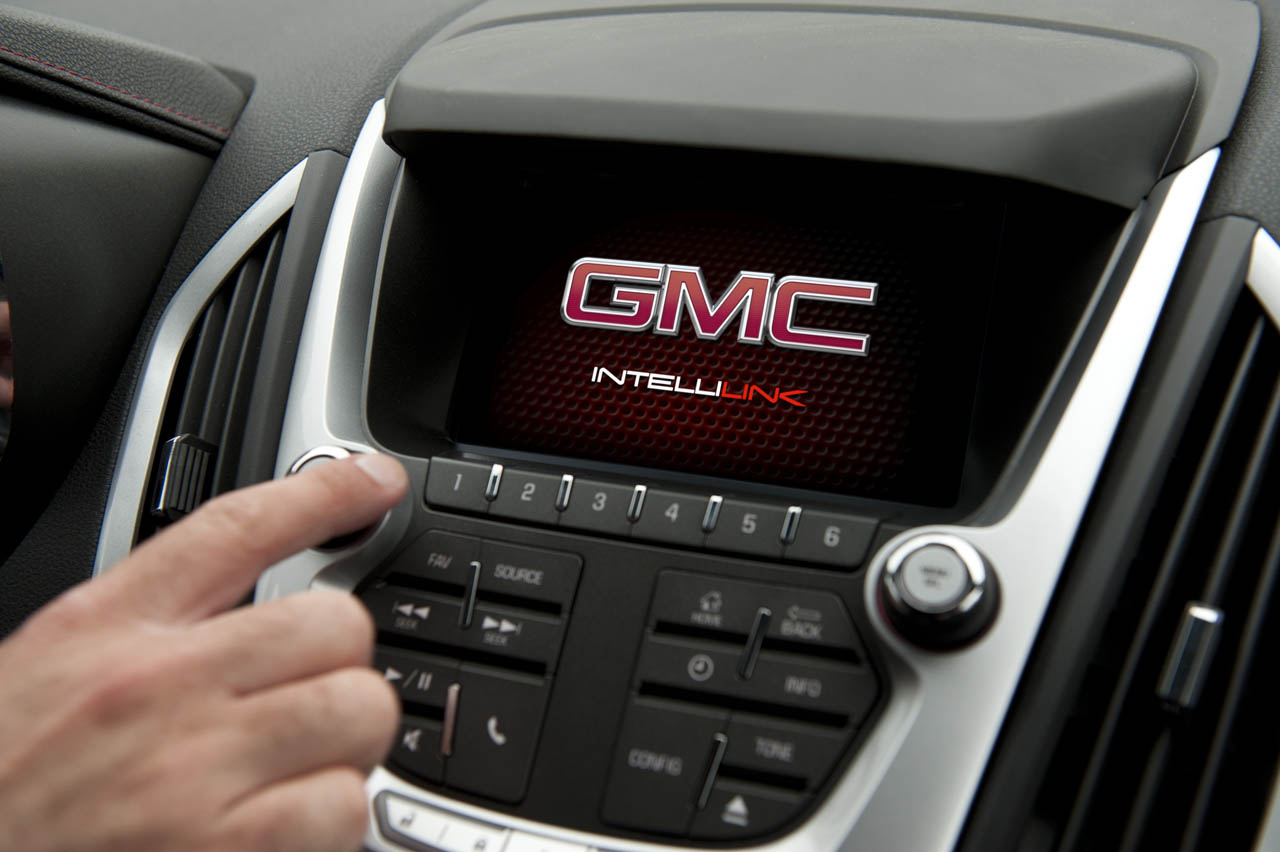 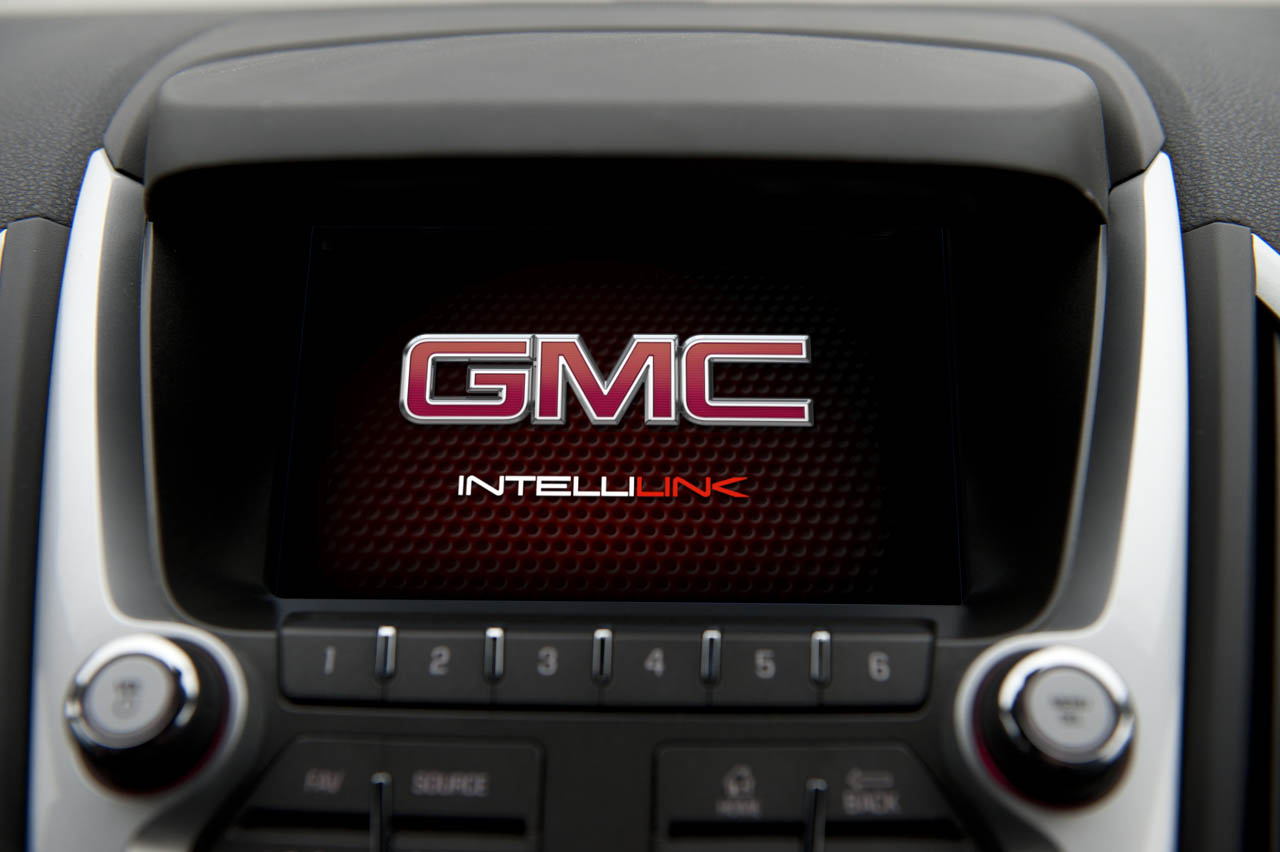 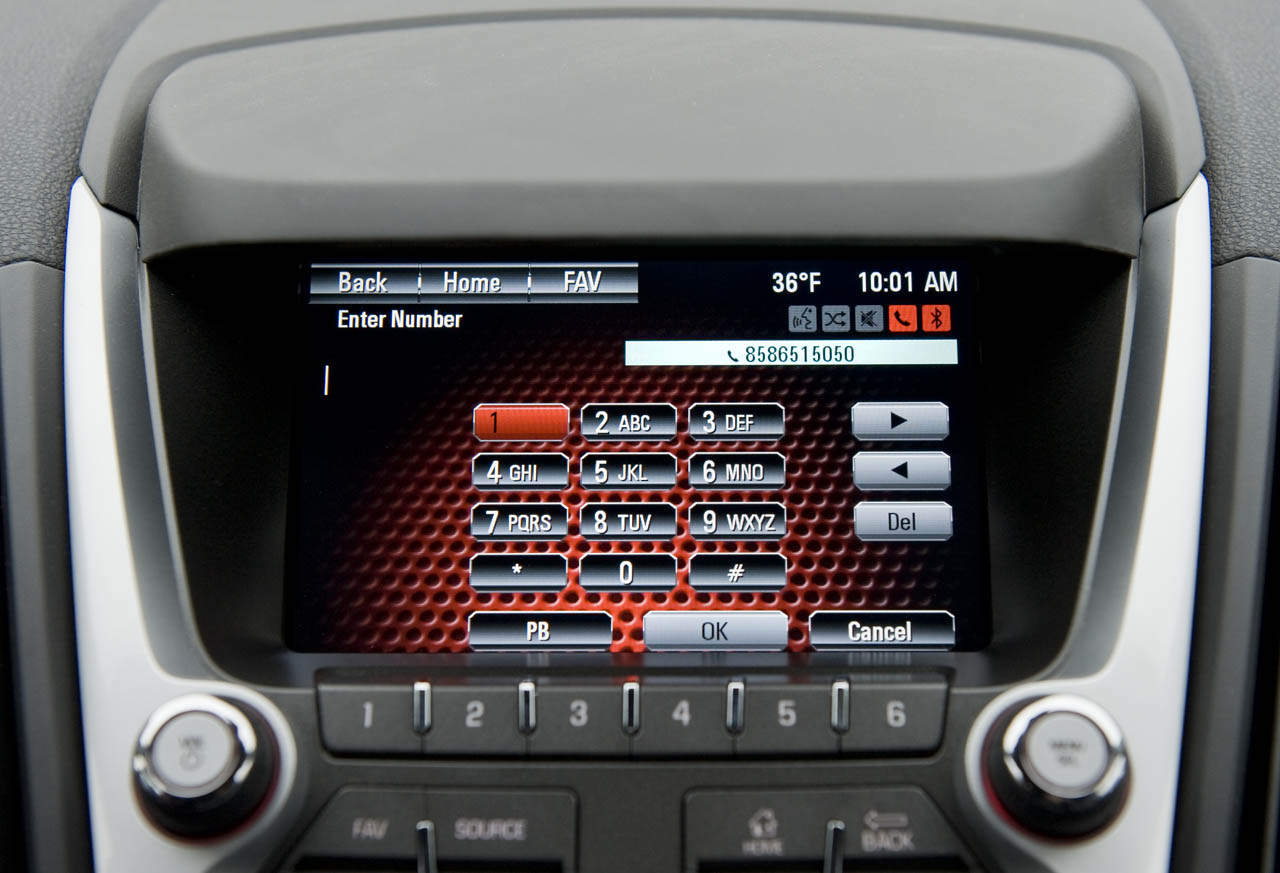 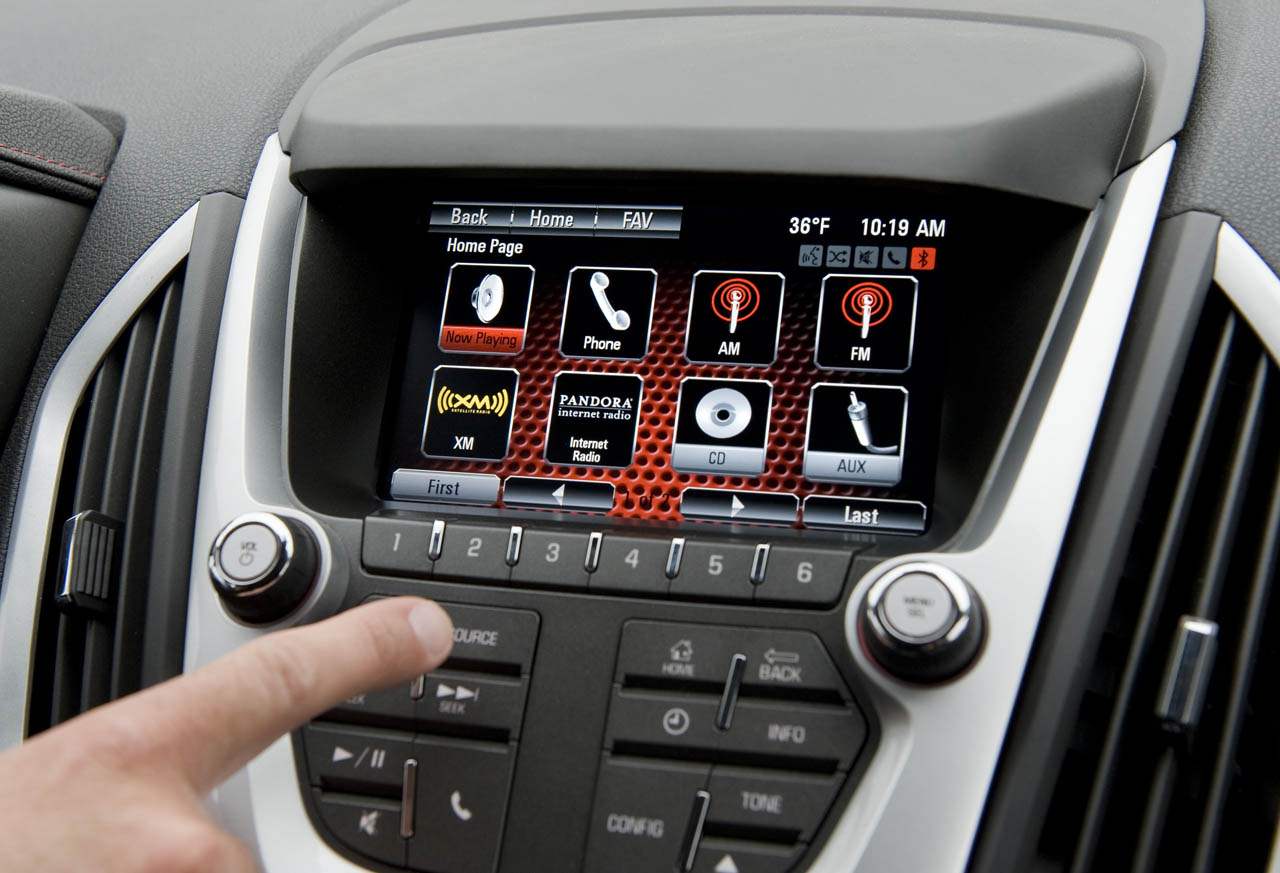 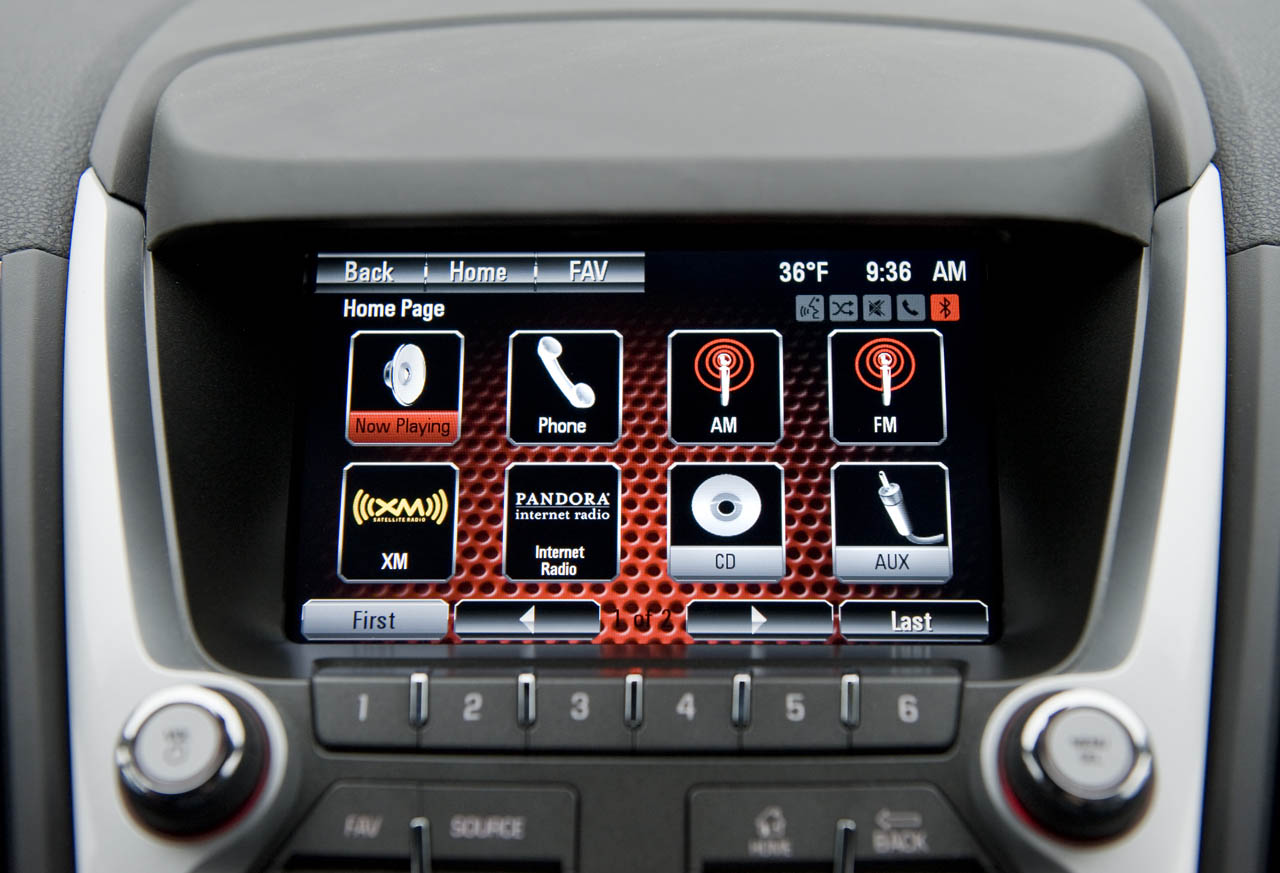 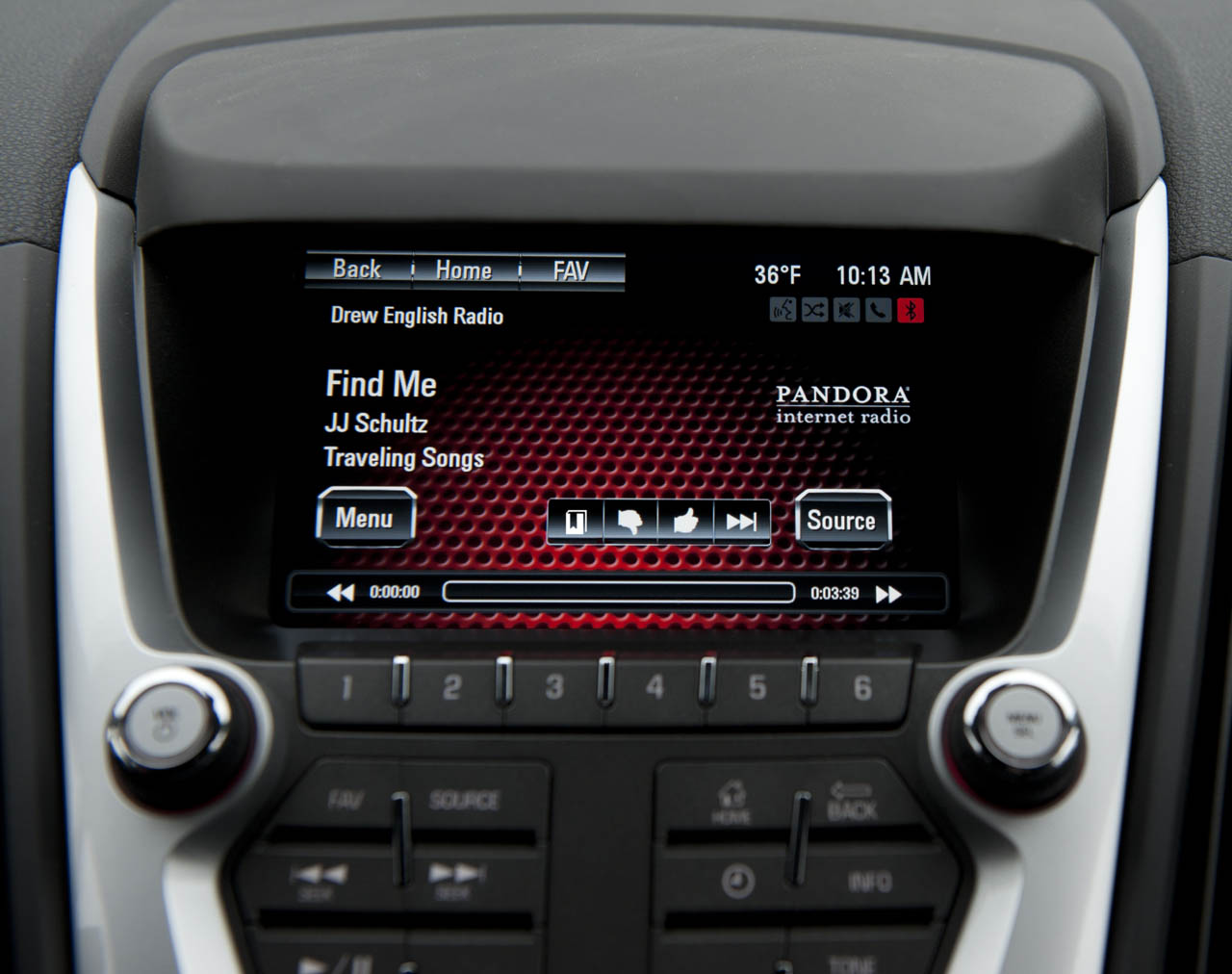