Toyota to take on Nurburgring without a sound, aims to beat EV record and to break the current nine minute, 1.388 second world best, Toyota Motorsport GmbH (TMG) is unleashing an electric race car with two motors and a top speed of 260kmph (174mph) without emissions. The Radical-based car is similar to the one used by the Racing Green Endurance team on its epic 16,000 mile road trip and the ompany hopes breaking the record will show racing fans just how far electric cars have come………….. 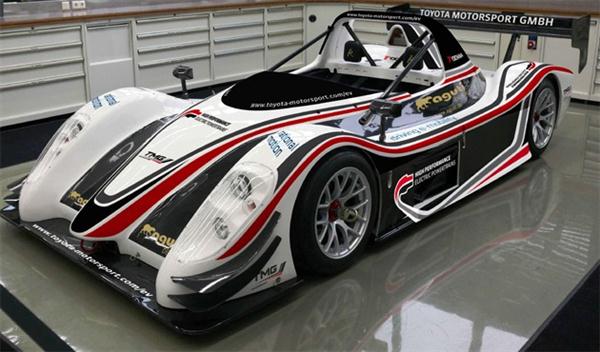 Toyota Motorsport GmbH (TMG) has revealed further details of its plan to make Nürburgring history on 29 August by setting a new electric vehicle (EV) lap record on the demanding 20.832km Nordschleife. TMG‘s high-performance electric powertrain will power the car as it aims to significantly improve on the current lap EV record of 9min 1.338secs. Based on unofficial testing and depending on weather conditions, TMG expects to hit lap-record pace immediately with additional days scheduled as back-up. The TMG electric powertrain uses two electric motors to deliver peak power of 280kW and a top speed of 260km/h with zero emissions. That makes it ideal to power any future single-make electric motorsport series and TMG will begin commercial sales of its electric powertrain technology in 2012. TMG General Manager Electric & Electronics Ludwig Zeller said: “We want to demonstrate the high level of performance which can now be reached with an electric powertrain, not only in motorsport terms but as part of TMG’s existing development work on road car EV technology. There is no more evocative place to illustrate this performance than on the Nordschleife. Our target is to beat the existing record by more than just a few seconds because that will demonstrate just how far our technology has developed since TMG began working on KERS systems in 2007. Many people are still dreaming of an electric future for motorsport; at TMG we believe this is much closer than some think and we intend to show what can be achieved with a high-performance electric powertrain.” TMG revealed the first images of its electric vehicle, with a modern, dynamic livery from Aguti which captures a sense of electrifying speed. These images can be seen by clicking here. TMG is also proud to announce its partners in this lap record attempt, all of whom enjoy visible branding on the electric vehicle. Aguti created and implemented the livery concept while rational motion integrated the electric powertrain, traction battery and control strategies. EVO Electric motor technology delivers the power and Yokohama is the tyre supplier. Official timers will be present to authenticate the lap record while video and a photography crew will record a milestone achievement in EV development. These materials will be made available to all media immediately after any successful record attempts.

Toyota To Start Production Of Its Elctric Three-wheeler…