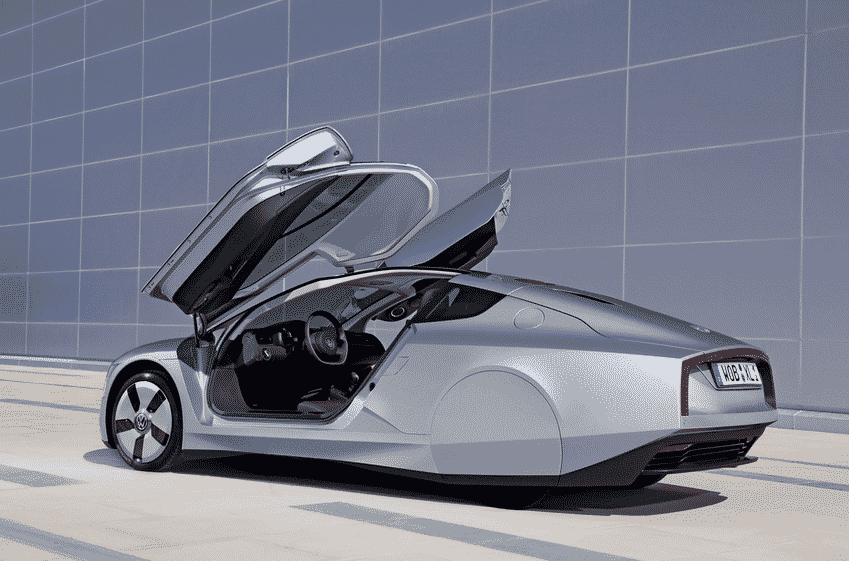 Every car makers are now trying to make such cars that will not only look gorgeous and equipped with advanced tech, but also will be called “efficient car.” For years, automakers have worked to push fuel economy beyond 100 miles per gallon (mpg). We reported that Volkswagen had been working on a conceptual car named Volkswagen XL1 that would go around 262 mpg. And finally, Volkswagen has made that car and it is being said that Volkswagen XL1 is the “most efficient car” made till now. The Volkswagen XL1 weighs 1,753 pounds. This car is thousand pounds lighter than the Toyota Prius, which weighs in at 2,921 pounds. The Volkswagen XL1 comes with a compact 800 cc TDI two-cylinder common rail diesel engine and 20kW electric motor. Its chassis is a single piece of molded carbon-fiber, and has a drag coefficient of 0.189. The car has a fuel economy of 261 mpg.

The XL1 has a 27-hp electric battery, which can propel it about 31 miles on its own, up to 62 mph. It can fully recharge Volkswagen XL1 in an hour and a half. The maximum speed overall, using the full hybrid drivetrain, is 99 mph. There’s a 2.6-gallon fuel tank, which lets the XL1 achieve a total range of around 500 miles.

The car’s wheels are as thin as road bike’s and wrapped in custom Michelin rubber. The very interesting thing about the XL1 is it neither has a rear-view mirror nor a rear window.

At present, Volkswagen is producing 250 XL1s for sale in Europe. It’s not been mentioned when the car will be available in the U.S.