Can you tell what is the width of the world’s thinnest house? It’s 47-inch (merely 4 Feet)! This house is being built in Warsaw, Poland, between two tower blocks. It’s construction has already begun. Want to know more details? Read more. 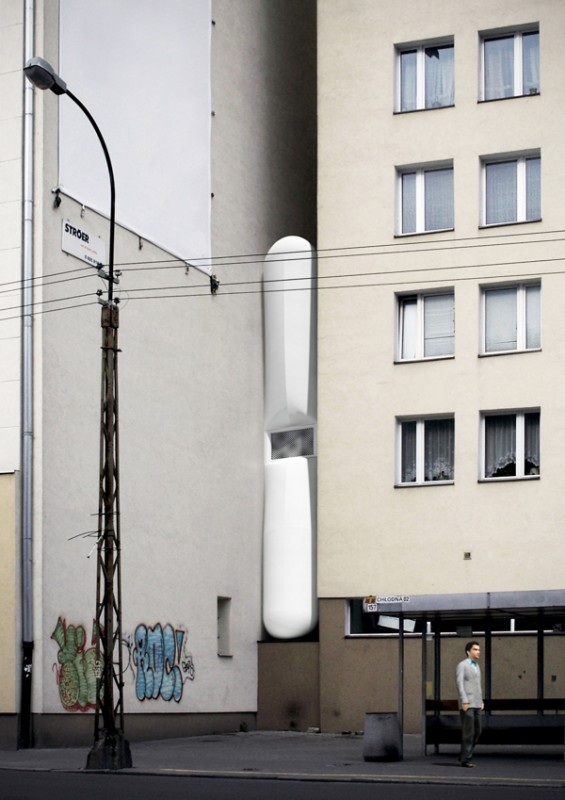 Polish architect Jakub Szczesny from Centrala has designed the world’s slimmest house for an Israeli writer and poet, Etgar Keret. The house will be known as Keret House and it is being built beyond Polish standards. It is a three-storied building measuring 47 inches (120 cm) at its widest point and 27 inches (71 cm) at its thinnest/narrowest point. The house is being built in a passageway between two buildings on 22 Chłodna St. and 74 Żelazna St. in Warsaw, Poland’s Wola district.

Architects Propose Floating Airport For London, Right In The… 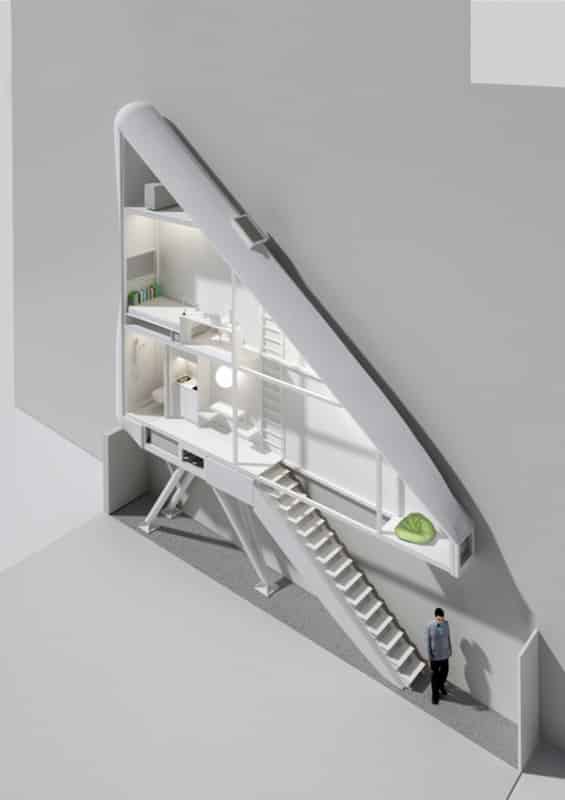 The steel exterior of this home looks like a capsule lodged between two buildings. The inhabitants of this building will find all the amenities. Electricity will be supplied by nearby buildings and water from an off-the-grid plumbing system. The house has remote control operated stairs that can be flattened against the wall when they’re not needed.

Keret, the owner-writer, will be using the house as a workplace, but will stay here occasionally. Artists and intellectuals from around the world will be invited to stay in this thinnest house for days and weeks at a time in Keret’s absence. Its construction has begun this month (September 2012), and it is expected that the house will be ready for use by next month.

Source : Architizer
Thanks To : PFSK