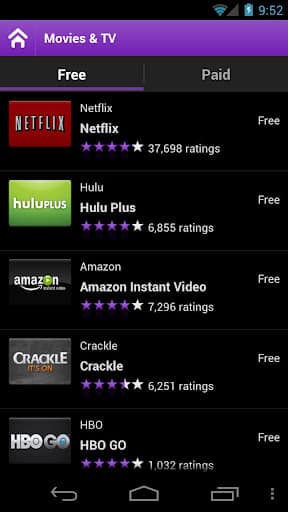 Both the Roku player box and the Android device which you may use as the remote control, should be connected through a wi-fi network. The remote control app for Android essentially brings all the features that iOS users enjoyed on their devices. These include a D-pad control and hotkeys for Netflix, Crackle and Pandora channels.

Some users have been complaining that after they installed the app, it has some trouble finding the devices on the network. But the company has said that after the proper wi-fi configurations have been done, there should be no problem with the app. If you are the proud owner of both a Roku player and an Android device running 2.1 or later, this is an app you are not supposed to miss. You can download it right here.
[ttjad keyword=”samsung-galaxy-s”]

[Tutorial] How To Enable/Disable Error Messages In Windows 7