Currently, there are a number of services which let you recover your lost Android device. However, most of these services, offered as apps, are not very secure. The CyanogenMod team has offered a new Device Finder service which, it claims, will be absolutely secure to use. 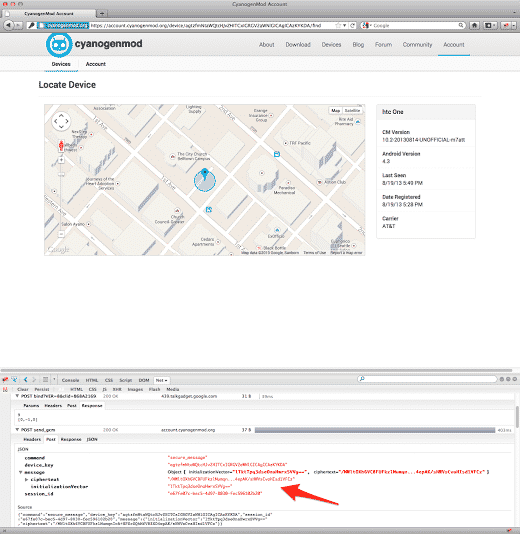 The problem with device-recovery services is that while they do let you track down a lost Android device, they can often be compromised due to poor security. For instance, if a person launches a man-in-the-middle attack and intercepts your attempt to recover your device, that does you more harm than good.

Similarly, there are other ways of stealing login details from within an app meant to track the lost device. CyanogenMod distinguishes its new Device Finder service by touting that this service is absolutely secure from any aforementioned attacks.

The team has ensured the security of this service by allowing only the user’s browser to communicate with the missing gadget and defying any attempts at ‘listening in’ by anyone with nefarious intents. The source code of the tool has already been posted online so that if anyone wants to track down lost Android devices, they can do so right away.

In time, we can expect that this tool will be made a part of the CyanogenMod ROMs meant for Android devices. So if you are really conscious about your device’s security, especially when trying to recover it, you may want to look forward to this one.

Windows 8 Benchmarks Shift Due To Overclocking