Verizon rolls out its own android app to their app store named “V Cast Apps”….. 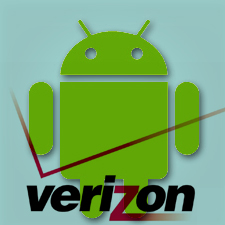 Android users on the Verizon network may notice something new on their devices this evening: The carrier has rolled out an app store of its own.Called V CAST Apps, the store presently appears as a tab within the Android Market. But we’re reading multiple reports that the store will soon be a stand-alone product and will compete with the Android Market.

These reports also note that the Verizon app marketplace is curated (as opposed to the more or less “open” Android Market) and that apps are subject to a detailed review process.If the nomenclature seems familiar, you might recall Verizon’s 2007 launch of V Cast programming, which brought popular video clips from television networks to the mobile phones of Verizon users.

We’re accessing the section on a Motorola Droid running Android 2.2 (Froyo); we’re informed that Droid X and Droid 2 users with Android 2.2 can also see the V CAST Apps.What we’re seeing so far seems to be a best-of-the-best for some of the device’s free and paid applications, plus a round-up of Verizon-specific apps. NFL Mobile, MTV News, Pac-Man, Rdio, Intuit, Foursquare, Kindle for Android and a handful of other apps of similar caliber round out the initial roster.One of the biggest reasons benefits of a carrier-linked app marketplace would be carrier billing. Currently, the Verizon apps section doesn’t allow for any special purchase options; you’ll still have to use your Google Checkout account. But we’re hearing from other sources that Google might be working with Paypal on a more universal app-payment solution anyhow.

Another possible benefit of an Android Market alternative would be the “peer review” process, similar to the iPhone’s App Store submission and review process for new mobile applications. Still, many Android users are fairly satisfied with the user reviews and star rating system currently in place.All in all, Verizon’s new tab in the Market (and what could be their challenge to the Market in weeks and months to come) strikes us as a bit redundant at first. And the last thing the Android platform needs is more fragmentation.