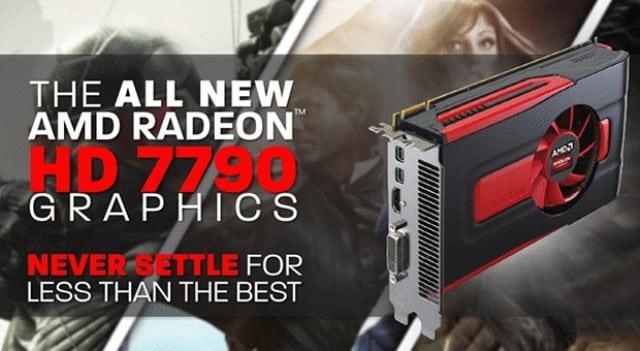 Though Advanced Micro Devices (AMD) has confirmed to release Radeon HD 8000M graphics cards in first quarter of 2013, still many people expect that AMD will bring a new graphics card at a comparatively cheaper price. Seems like, AMD is going to fulfill people’s expectations. Recently AMD has announced a new graphics card –Radeon HD 7790. It comes with a new design and enhanced performance along with cheaper price tag. The new Radeon HD 7790 consists of 28nm silicon and is potential for CrossFire expansion. It uses the Graphics Core Next architecture and can provide ultra-high resolution (2560×1600) visual. It also uses fast GDDR5 memory (128 bit interface), and has been optimized for 1080p gaming. The Radeon HD 7790 also comes with AMD’s PowerTune dynamic clock and power controls and aims at constantly providing the best performance-per-watt, depending on the context. Besides, this new graphics card offers almost 50 percent more processing power than the 7770.