AMD has announced that it has updated its line of Accelerated Processing Unit (APU) with new version of its Series C and Series E processors, this update is targeting a wide array of computer ranging from ultrathin laptops to desktop computers. The updated Zacate and Ontario APUs sport DDR-1333 and HDMI 1.4a support, snaring bragging rights to faster memory and 3D output for 3D-enabled televisions and promise an increased resting battery life up to 10.5 hours for the E-Series and a staggering 12 hours on the C-Series………………. 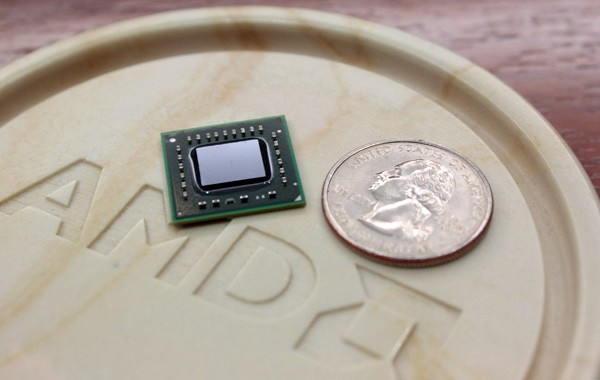 Google To Make Its Own Quantum Processors

For mobile users, the new AMD Fusion C-Series and E-Series APUs deliver even longer battery life than before – with up to 10.5 hours of resting battery life on the E-Series and 12 hours on the C-Series – enabling users to work or play longer without searching for an outlet. Products from leading PC manufacturers based on these new APUs are available starting today and can be identified by the VISION Technology from AMD or HD Internet stickers.