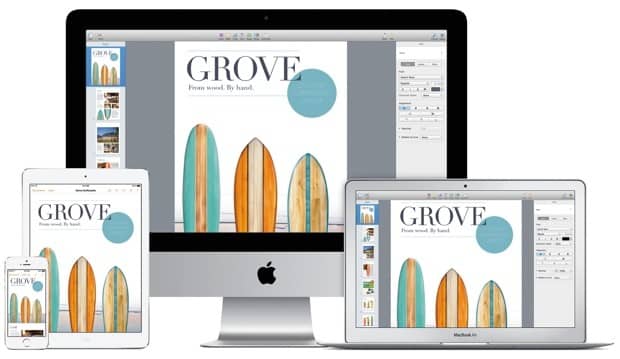 Apple recently released the latest version of iWork, somewhat to the disappointment of the users because it lacked many regular features. This was because Apple was trying to bring together the iOS 7 and OS X and in doing so, had to rewrite the iWork app entirely. Now, the company has promised that the missing iWork features will return within six months. The iWork app had to be rewritten because Apply needed it to be supported on 64-bit machines. The company also wanted to support a unified file format which would run smoothly on both iOS 7 and OS X. These requirements entailed not only a rewriting of the iWork application but also a redesign, overhauling the looks as well as the functionality of the app.

As a result of this rework, many features which were a part of iWork ’09 couldn’t make it to the latest version of the app. This left many users agitated, to say the least. And so, to placate these users, Apple has now announced that most of the missing features in the new iWork will be returned within the next six months.

Among the features that Apple intends to add to iWork, are the following:

Apple has also reminded the users that if they are not happy with the new iWork app and wished to revert to iWork ’09, they can avail the option on Mac machines. According to the company, “In the meanwhile, you can continue to use these features by accessing the previous versions of the iWork applications which remain installed on your Mac. The previous versions can be found in Applications > iWork ’09.”