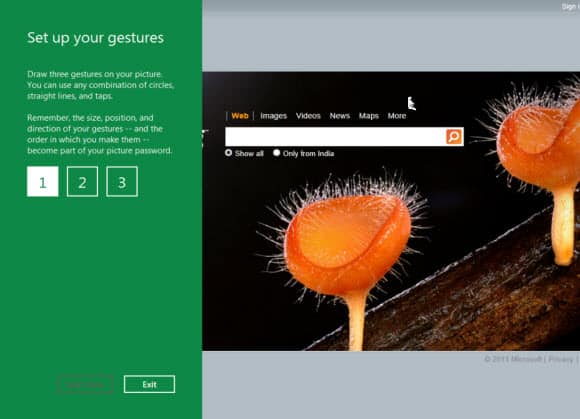 In Windows 8, Microsoft has offered Picture Gesture Authentication (PGA) system which lets you manipulate an image to set password. However, researchers have now confirmed that PGA offers very weak security because PGA passwords are really easy to crack. Based on these responses, the researchers have reached the conclusion that these passwords are really easy to crack. But that doesn’t mean that all the passwords set by using the PGA system are weak and can be cracked. But most of them can be very predictable over multiple attempts.

One of the key problems with PGA is also that it doesn’t allow users to draw random shapes. Rather, you either have to tap or draw circles. If Microsoft adds support for random shapes in Windows 8 security, this can significantly enhance the effectiveness of PGA.