We’ve seen a lot of people doing a lot of hard work for diet control. Some became successful, some not. If there had been an easy method to become slim, I think people who were interested in loosing weight would definitely go for that. Seems like, that invention is not so far. Researchers at the University of Tokyo have developed special kind of goggles that can trick you to eat less. And, by controlling your diet you would become slim. 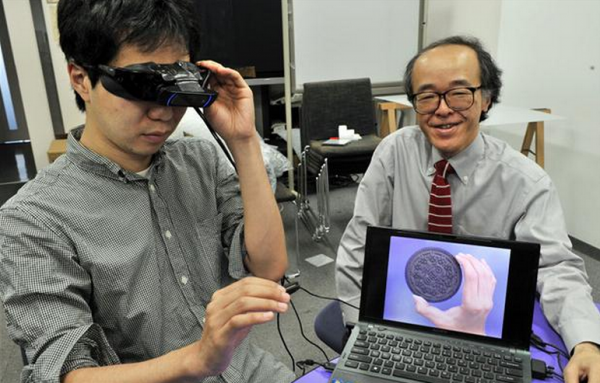 The goggle works in conjunction with a computer. On the goggle, there is a camera that sends images of the food to a connected computer. The computer process the image of the food and shows it in larger size. For example, the person in the above image is holding a cookie in his hand. The goggle, he is wearing, magnifies the apparent size of the cookie. It means, in bare eyes, the size of the food looks as it is, but with the goggle, the same sized cookie(food) looks bigger than its original size. Hence, the person thinks that he is eating more than he actually does. This leads to lower consumption of food.

In experiments, volunteers wearing the goggle consumed nearly 10% less when the biscuits they were eating appeared 50% bigger than its original size. They ate 15% more when cookies were manipulated to look two-thirds of their real size. 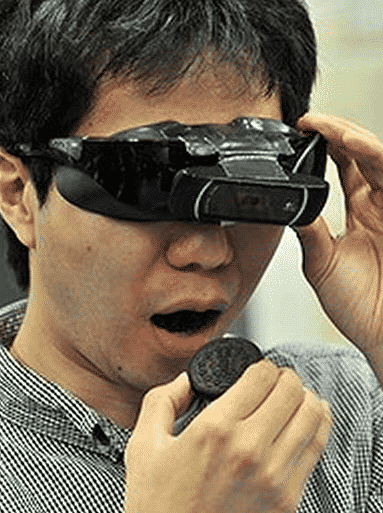 This is a great technique where computers trick the human mind. In fact the whole trick is all about circumventing people. Researchers said that experiments have shown 80% of subjects became fooled.

A Look At Intel’s 4-Inch Next Unit Of Computing

SpotCam: The New Tech That Will Keep You Safe

Neurocam: A Camera That Automatically Shoots Whatever You Find Interesting