Google has been steadily working on its Project Glass and the prototype glasses from the project are being tested publicly by a number of Google personnel. While many have cast doubts as to whether or not these prototypes are fully functional and operate on their own, Google seems quite confident of the progress. The search giant has now unveiled the first video samples of its augmented reality glasses. 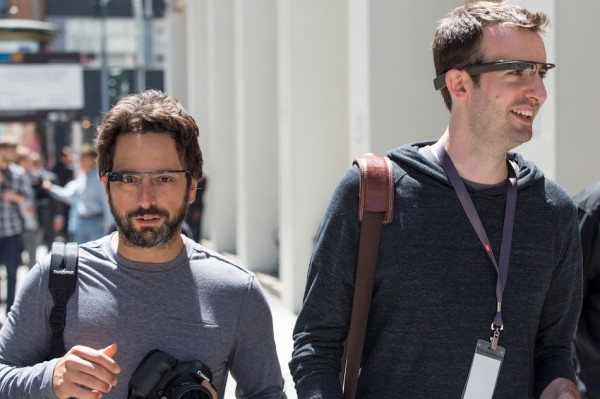 Earlier, a Google employee posted some images to his Google Plus account, showing how extra-ordinary images at extra-ordinary moments can be taken with Google glasses, something which can not be accomplished with any of the other cameras available. The beauty of the concept lies in the ability to use the glasses hands-free, and its camera.

Now, more images have been posted to Google Plus, showing a number of Google employees tooling the glasses and testing them out in the public. The gallery contains a number of images as well as a video.

Again, the video goes on to show how while indulging in a sport, one can capture an entire video as well as images without having to use his hands. Google glasses can be used to this end, thus creating such extra-ordinary photos which were not even possible before.

This may also spell some dramatic opportunities for the film-makers and those who often indulge in visual media, once the glasses are launched. Camera angle limitations have often forced movie directors to change their ideas and improvise but with this technology, they may be able to capture videos at the oddest angles. What remains to be seen is that when may Google finally make the glasses available commercially.

A Comparison Of Siri And S Voice

NEC Augmented Reality Device Can Turn Your Arm Into A Keyboard

SpotCam: The New Tech That Will Keep You Safe