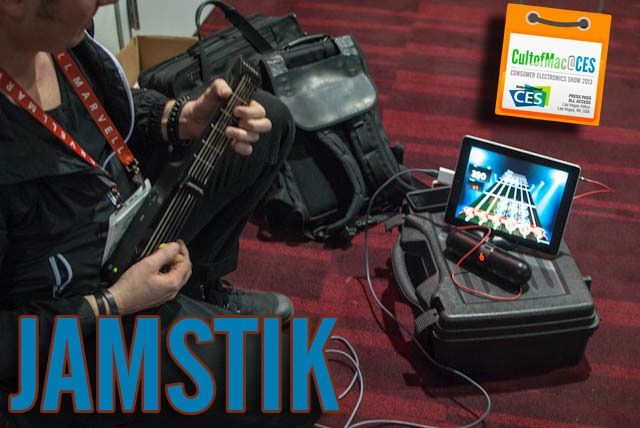 If you want to lay your hands on a guitar that occupies minimum space and is compatible with your iOS device, JamStik is just the thing you are looking for. Unveiled at CES 2013, the tiny MIDI guitar packs all the features that allow you to warm up your fingers on real strings and gauge their performance digitally. A number of other MIDI guitars, which can pair with a tablet or a smartphone, have surfaced in recent months. But one thing that is different about JamStik is that it features real strings. Moreover, it packs the digital punch with the ability to work over Wi-Fi so that you can pair it up with your iPad or iPhone and see how you fare through an iOS app.

JamStik also comes with a lower latency, meaning it can support a latency of under 10ms whereas normally, most MIDI guitars keep their count at 20ms. As far as the form factor is concerned, JamStik is very easy portable because of its slender neck and a smaller body. The size allows for the user to easily carry it around without any hassles.

JamStik pairs up with both a PC as well as an iOS device. For the latter, the company behind JamStik, Zivix would soon be offering three different apps. One of these is JamTutor guitar teaching suite, the other is the Jam Live Music remixer and finally, the third app is JamHero game.

Zivix hasn’t yet announced the availability or pricing details about JamStik, but we are hopeful that the guitar would hit the shelves before the coming summer. The price is being pegged somewhere between $249 and $299, although neither of these figures are official.

Revolve Your Tablets During Teleconferences With Revolve Robotics’ KUBI