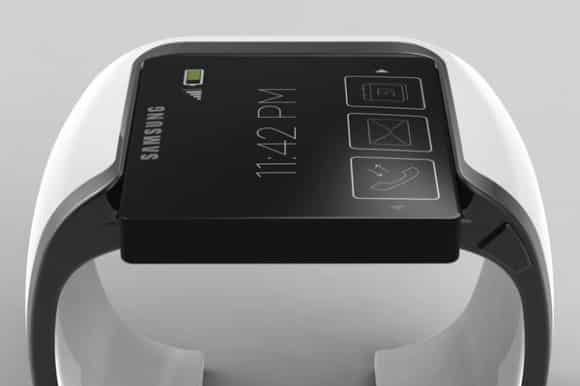 We have been hearing for a while that Samsung, Apple and Google are working on smartwatches. However, so far, neither of the companies have confirmed these speculations. However, lately Bloomberg has now claimed that Samsung’s smartwatch is ready and the company will finally unveil it next month. Citing people familiar with the developments, Bloomberg has reported that the said device will be called Galaxy Gear and it will be somewhat of a cross between a watch and a smartphone. The shape of the gadget will be like a wrist-watch, hence the label of a smartwatch.

The publication further claims that Galaxy Gear will be launched on September 4, just ahead of the IFA consumer electronics show. Users will apparently be able to make calls, surf the web and read emails via Galaxy Gear. The watch will run Google’s Android operating system which is already Samsung’s key strength in the mobile market.

However, contrary to the popular expectations with Samsung, the company wouldn’t be packing a flexible display in the said smartwatch. Inside sources claim that Samsung is currently working on bendable screens and may introduce them in the later iterations of the watch.

In the past, Apple too has been reported as working on a smartwatch of its own. However, the iPhone-maker hasn’t divulged any hints of such developments and it remains to be seen how much truth is there to such speculations. It can be expected, though, that if Samsung does indeed release a smartwatch of its own, Apple wouldn’t want to be too far behind on this.

Pulling The Skirt Down Around Google Glass Users – Must Or Not?

Confirmed: Samsung Is Working On A Smartwatch