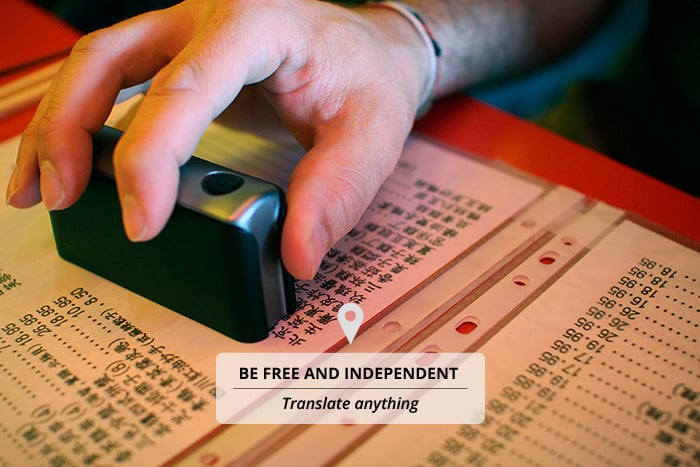 In office, many people often need to scan. Just imagine, you put something on a thing and that thing instantly got scanned – isn’t that great? Well, that ‘something’ is not very far away. Swiss startup Dacuda claims it has created the world’s first and the smallest wireless scanner called PocketScan. The PocketScan is a tiny portable scanner. It weighs 85g and measures 95 mm x 50 mm x 27 mm. PocketScan can scan anything it comes into contact with.

The Pocket Scan’s software recognizes text written in any language, scan it and then turn the scanned file into a document that can be edited. PocketScan can perform character recognition for 130 languages. The device can scan 400 times between charges. Instead of using a photo function like other scanners, PocketScan uses a patented computer vision and robotic algorithm that uses images stitching, not photo capturing. All the images that the device scans is appeared in real time on the computer, mobile or tablet. PocketScan has been designed to outperform and replace traditional scanners. It is so small that you can carry it in your pocket. This portable scanner can be connected wirelessly (via Bluetooth or iBeacon) to phones, tablets and computers. Here’s a video of PocketScan.

The PocketScan makers are now collecting funds from Kickstarter. The team has pledged for $50,000 by Jul 16 2014. And the very interesting thing is as of writing, the PocketScan project has collected $331,301 from 2,993 backers. The cheapest PocketScan costs $99 on Kickstarter, $50 less than the anticipated price. And the makers of PocketScan hope to ship it in December. You will find more details in the following links below.

Source: Dacuda
Thanks To: Kickstarter