Although Google has been pushing forth with its Project Glass, the company has a long way to go before it can make its smart glasses commercially available. There are other contenders who are counting on this. Among them is Vuzix who has shown off its M100 smart glasses at this year’s CES. 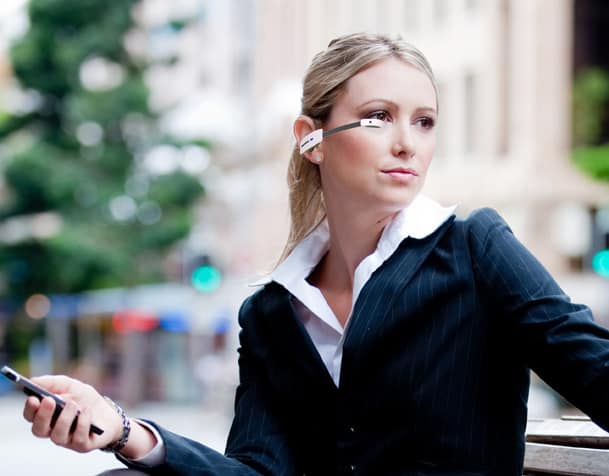 The M100 smart glasses pack a number of features, although the overall functionality of the glasses is fairly limited. Running Andoid 4.0, M100 has 4GB of storage, features GPS and comes with Wi-Fi and Bluetooth support. The tiny display of the glasses features an 800 x 400 screen and users can shoot at 720p with the built-in camera.

It does seem, from the finish Vuzix put on these glasses at CES, that the company may be quite close to releasing the glasses to the developers. It did say that before the first quarter of 2013 expires, developers will be able to acquire M100.

What is slightly underwhelming about these glasses is that Vuzix envisions them to be running a few apps, alerts, photos and such trivial tasks which are not very important. The company believes that the glasses would pair nicely with a smartphone via an app. You can control the navigation of the interface through a few hard buttons on the glasses or through the app.

Anyone In U.S. Can Now Buy Google Glass