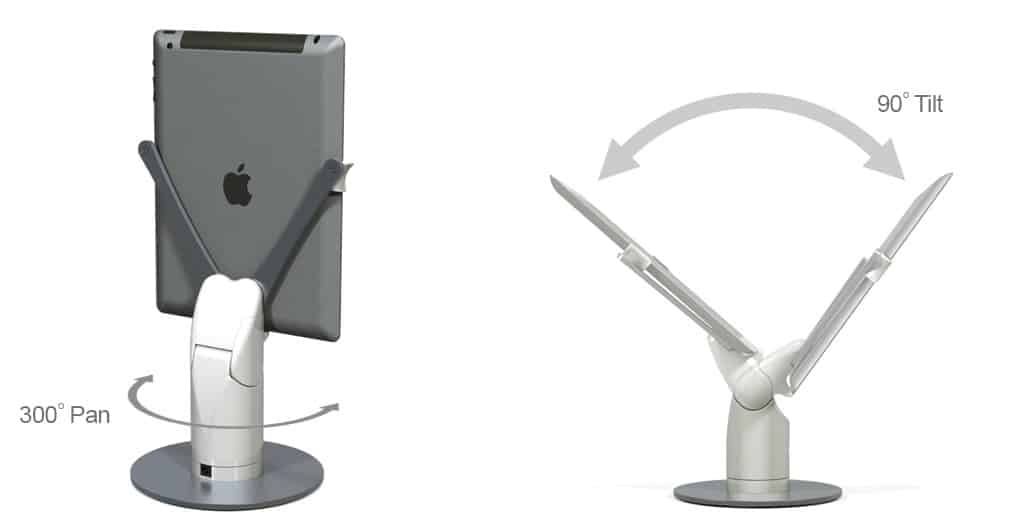 Teleconferencing have increasingly gained traction in the corporate sector recently, thanks to a whole plethora of teleconferencing technologies and hardware. If you wish to notch up the fun in your teleconferencing sessions, you may want to try out Revolve Robotics’ KUBI, unveiled during CES 2013. KUBI is originally an Indiegogo project which is on its way to reach the $50,000 funds goal, having amassed more than $25,000 with six days still to go. It is essentially a tablet mount which allows you to rotate the mounted tablets by 300-degrees pan as well as a 90-degree tilt.

For the professionals making regular use of teleconferencing, KUBI is a great tool. The tablet hooks up to the mount with two spring-loaded aluminum arms and Revolve Robotics claims that KUBI can hook up a wide range of tablets, both in regular way as well as in landscape.

To coordinate with the user’s motion commands, KUBI uses Bluetooth 4.0 Low Energy. To make this happen, the mounted tablet should be making use of the KUBI app. A secondary device comes as part of the deal to help the user coordinate the motions of the mount with a whole plethora of buttons.

Revolve Robotics is offering the device for $199 for early-bird orders. However, the regular price is being pegged at $249, and users may start receiving the shipments of KUBI by the end of April this year. What we know for sure is that this rather affordable accessory is going to make teleconferencing a lot more interactive.