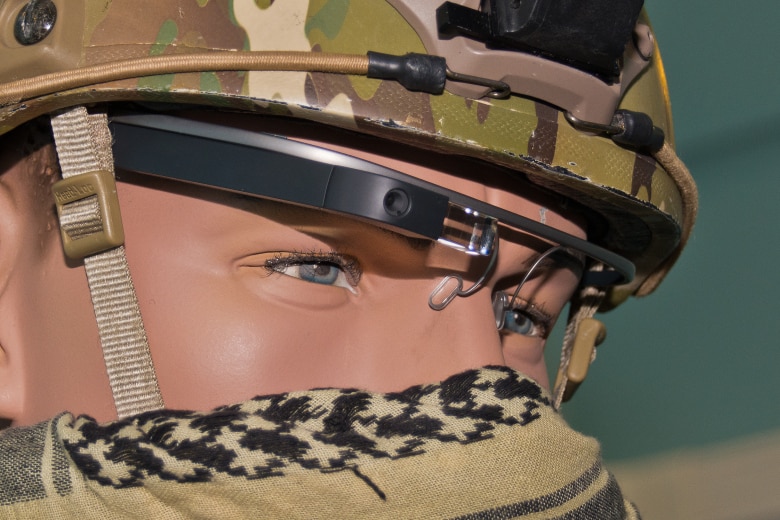 U.S. armed forces tend to be the earliest users of many of the major and significant technological innovation. The same now goes for Google Glass which is currently being beta-tested by the Air Force for possible battlefield use. Glass is in the hands of one of the most prestigious research groups in the U.S. Air Force. Called BATMAN, which stands for Battlefield Air Targeting Man-Aided (K)nowledge, this group contains soldiers, civilians and both behavioral and technology scientists. It is an eclectic mix and is a part of the 711th Human Performance Wing of the U.S. Air Force.

Although Glass, as a product, is still in a rudimentary stage, the folks at BATMAN seem to like it. Among the key features they think will be useful, is the ability to pull data instantly and the fact that wearing Glass doesn’t create any blind spots for the user.

Commenting on its decision to beta test Google Glass, members of the BATMAN reveal that they had no working partnership with Google when they obtained the Glass units. The group received a total of two Glass units, each of them costing $1,500 which is the stock price for the Explorer edition. Interestingly, BATMAN is also attempting to improve on the Android platform to create a better and customized version for Glass, one that will be more useful for the Air Force.

Ultimately, the team hopes that Glass will be able to help in search and rescue missions, combat scenarios as well as on supply missions. In order to make things clear, Google was quick to officially state that it has no working relationship with the U.S. Air Force. The company further stated, “The Glass Explorer program includes people from all walks of life, including doctors, firefighters, and parents. Anyone can apply to become a Glass Explorer, provided he or she is a U.S. resident and over the age of 18.”

U.S. armed forces have increasingly shifted their attention from regular tech gear to smart devices such as smartphones, tablets and now, smart glasses. This is in sync with the rest of the world which is also catching the fever. Given the trend, one can safely assume that the role of smart devices in battlefield scenarios will be critical in the coming days.