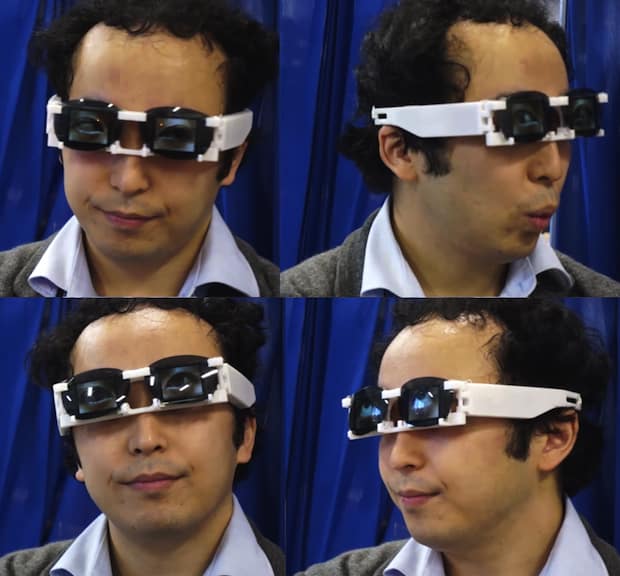 Google Glass, made by Google, is one of the most sought-after wearable gadgets of 2013 which few days ago went sold out in few hours. But, others have been trying to create such wearable glasses. However, in the mean time, Dr. Hirotaka Osawa from Tsukuba University in Japan has designed a high-tech version spectacles called AgencyGlass. The spectacles is quite funny. AgencyGlass has eyes and they can move. The glass has a gyroscope and an accelerometer that detects head movement. Whenever the glass wearer nods or shakes his/her head, looks up or tilts his/her head down, the eyes imprinted on glass move. That’s not all. The eyes also automatically look up when the system determines that a person is looking at you. When Osawa was asked why he built such a funny glass, he simply replied that the bizarre smartglasses would make people “look friendlier” and “less socially awkward” than they actually are. He also said that he created AgencyGlass to take the weight of emotional labor (or emotions expected of some professionals like doctors and wait staff) off people’s shoulders.

Osawa, he believes the device will be an effective companion for autistic individuals and others with similar conditions that affect social skills. Here’s a demo video of this new wearable funny spectacles.

Source: IEEE
Thanks To: BBC

Turn iPhone Into A Portable Scanner Through Scanbox