Vestel and Exent announce partnership to bring hit Android games to TVs worldwide at IBC 2011. You could call it Google’s backdoor assault on the game console business and the game consoles will get a run for their money from the casual games available on Exent’s GameTanium subscription service. It is one more sign that the barriers between different sectors of the games business are being knocked down and the result could be disruption or at least an erosion of the traditional game console business, and games could spread to still another platform………………. 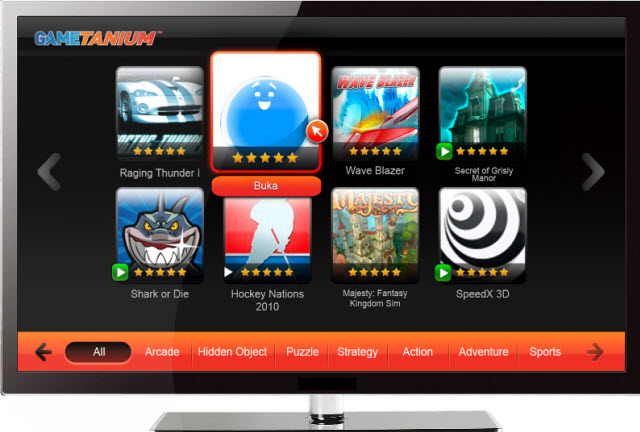 Exent and consumer electronics provider Vestel partnered to bring top mobile games to the living room with the launch of the world’s first all-you-can-eat Android TV game subscription service. As the Games on Demand provider for the Vestel Smart Box Set-Top Box (STB), Exent will bring consumers the best of Android games fully optimized and for the first time ever on the TV. GameTanium on the Vestel Smart Box represents a giant leap forward in casual gaming for TV, capitalizing on the continued migration of STBs from Linux to Android-based operating systems, which has paved the way for seamless distribution of gaming and other rich-media content across multiple, previously incompatible devices. With today’s announcement, all the benefits of smartphone gaming interfaces – including touch, drag and accelerometer functionality – have been combined with GameTanium‘s top-quality gaming experience and extensive Android catalog to deliver TV gaming like never before. “Consumers today want more entertainment options at home and we’ve found that gaming alongside video and music services are among the most popular requests,” said Hakan Kutlu, Deputy General Manager responsible for marketing, Vestel. “With the flexibility of the GameTanium platform and Exent’s years of experience with content programming and distribution, Exent was the clear choice to power our Games on Demand offering for operators. By integrating GameTanium within our entertainment offerings, we are thrilled to be the first to bring the best of Android gaming to TVs worldwide.” 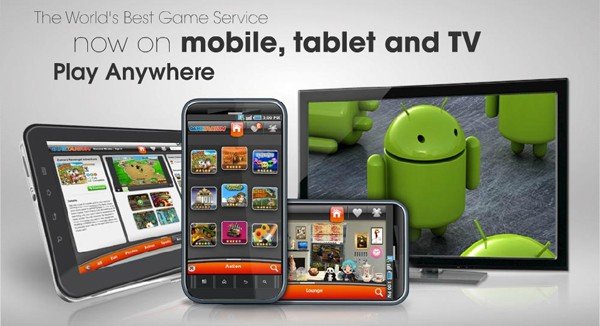 By partnering with Exent, Vestel‘s operator customers will benefit from GameTanium‘s sophisticated content programming and cutting-edge technology platform, ensuring its extensive catalog of Android titles are optimized for game play on TV. GameTanium is the only Games on Demand service that allows operators to extend their brand, entertainment offerings and subscriber engagement to new screens like mobile and TV, increasing average revenue per user (ARPU) and strengthening brand loyalty and retention. “Exent’s vision is to provide consumers with the greatest gaming experience, anywhere they wish to be entertained. Expanding our Built with GameTanium offering from PCs, smartphones and tablets to the next generation of TV set-top boxes is an important milestone in fulfilling our play anywhere vision,” said Zvi Levgoren, CEO, Exent. “Vestel is a great partner and we look forward to working with them to bring the greatest Android mobile hits to the living room while assuring the best user entertainment experience.” Coming soon, GameTanium will deliver the experience that gamers have only dreamt about, by connecting these supported devices in an unprecedented all-you-can-eat subscription across multiple platforms. Gamers will be able to seamlessly switch between their phone, PC, tablet and TV with uninterrupted access to their games, scores, and levels.