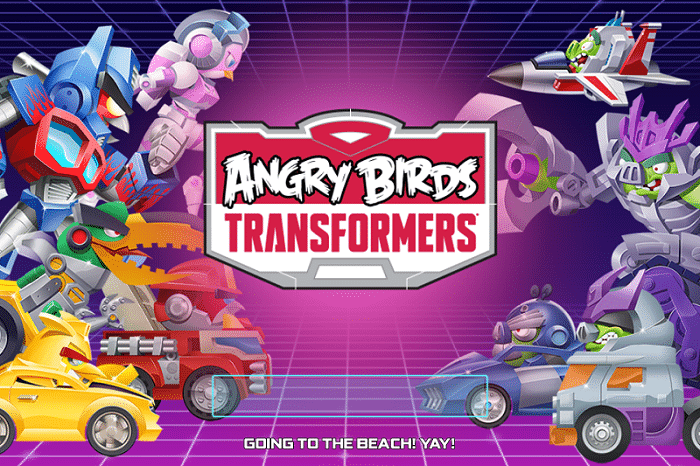 Angry Birds creator Rovio has released action film Transformer-themed iteration of Angry Birds named ‘Angry Birds Transformers‘ that brings completely new action-pack play experience to the franchise. It has abandoned the traditional exploding or flinging Angry Birds for the brave band of heroes from Transformers as they use lasers and other weapons to kill the enemies. Basically the famous birds have transformed into alien robots and Rovio is calling it as ‘AUTOBIRDS‘. This autobirds have arms, legs, suits and they can turn into car just like autobots but the faces from angry birds. You will play the game as popular autobots like Optimus Prime, Bumblebee and many more. To save the large Piggy Island, one hero is not enough. But no worries as other heroes will join you during the tough levels. This time, you do not need slingshot at all because you have more powerful weapons. Whenever you upgrade each Transformer, they will get more abilities and their weapons will be more stronger. You can expand the area by spending coins and destroy more enemies to unlock the roster of more autobirds. Different autobirds have different car, truck, tank or plane that can be transformed within blink of eyes. You can take help from Facebook friend’s character to use two-bot assault. You can also scan TELEPODS to unlock, revive or boost up autobirds. For some features, you will need Internet connection. Otherwise, you can play offline for hours as the game is pretty addictive. Here’s a video of the game.

Apple iPhone and iPad users can download Angry Birds Transformers totally free from the link given below, but Android users have to wait until 30 October to get it on Google Play Store.

Deal Of the Week: Amazon Offering “Bioshock Triple Pack” For $19.99

Lord of the Rings: War in the North – Game For PC

How to Jailbreak PlayStation 3 on 3.55