The Kinect Fun Labs Gadget is available as a free download for all Xbox Live Gold members and even non-paying Live members can try it out during a limited trial that runs until September 8th. The new chat tool joins a handful of other mini applications offered by Microsoft as part of its Kinect Fun Labs, which launched last month and Microsoft plans to add Kinect Sparkler to that collection of apps, $3 software that tracks hand movements to write with light on a 3D virtual canvas. Those looking to try something else a little different with Kinect will also be able to download the Kinect Sparkler 3D finger painting application……………. 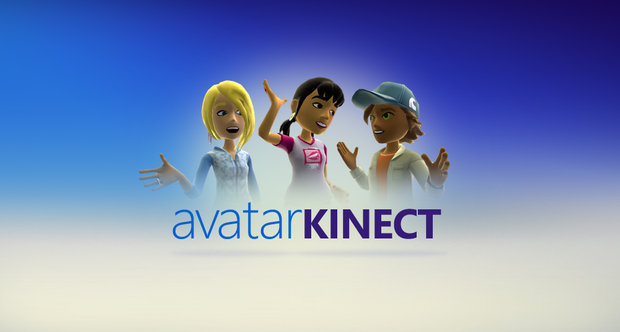 Avatar Kinect launches worldwide as the newest Gadget in Kinect Fun Labs on Xbox LIVE, home to the latest Kinect innovations and never before seen Kinect technology. And the imaginative fun continues when Kinect Sparkler launches worldwide in Kinect Fun Labs this Thursday, July 28. Kinect Fun Labs is available in all Xbox LIVE-enabled countries. Avatar Kinect is a new social entertainment experience that brings your avatar to life. Avatar Kinect captures your facial expressions and voice so when you smile, nod or speak, your avatar does the same. Invite up to seven friends to join you in 24 imaginative virtual stages – discuss the latest celebrity gossip or news on the Talk Show Stage, try out your hysterical comedy routine on the Performance Stage, or wager who will win the big game in the Sports Party Stage. Share the fun by capturing animated videos you can post online for your family, friends or fans to enjoy. The Kinect sensor can record your session with a producer’s editorial eye, following your performance, zooming and panning, just like a real TV production! Share your video recording with friends by uploading it to KinectShare.com and downloading it to your computer, and from there, posting it to your favorite social networking sites, like Facebook, Twitter, YouTube and more. 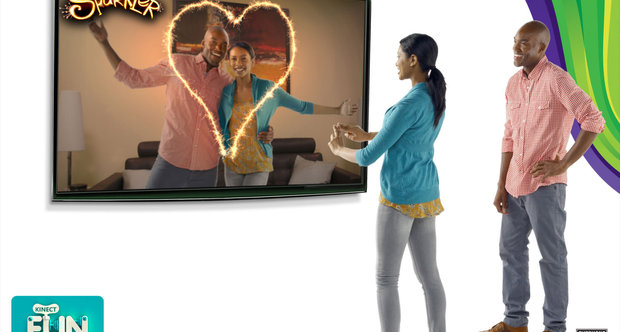 Avatar Kinect is available for free to all Xbox LIVE Gold members, but to celebrate its release, Avatar Kinect has been unlocked for all Xbox LIVE members (Free or Gold) to enjoy from July 25 – September 8. Starting Thursday, the Xbox Facebook page is also hosting a special Avatar Kinect contest, featuring an online comedy festival with some of Hollywood‘s funniest stand-up comedians. Watch the comedians perform through Avatar Kinect and vote for your favorite video for a chance to win an Xbox 360 and Kinect bundle. On July 28, the Kinect innovation continues when Kinect Sparkler launches in Kinect Fun Labs. Kinect Sparkler transforms simple finger painting into an aerial light show, using brand new Kinect technology such as background removal and detailed finger tracking. Use your body as a stencil and your fingers to paint with light or write with sparklers, turning your room into a canvas. You can draw in 3-D, moving the sparklers in front of and behind your foreground image, and then view your creation from multiple angles by moving your head. Share your masterpiece with friends and family by uploading it to KinectShare.com. Kinect Sparkler will be available in Kinect Fun Labs for 240 Microsoft Points. 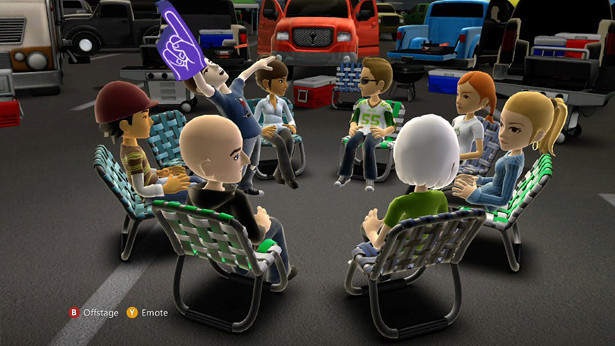 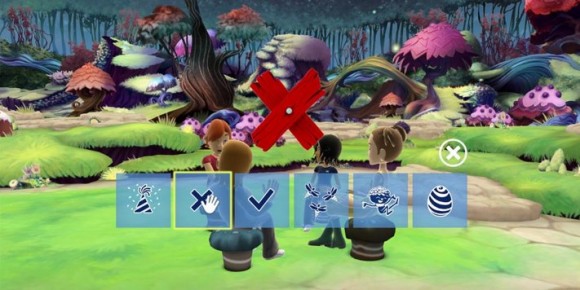 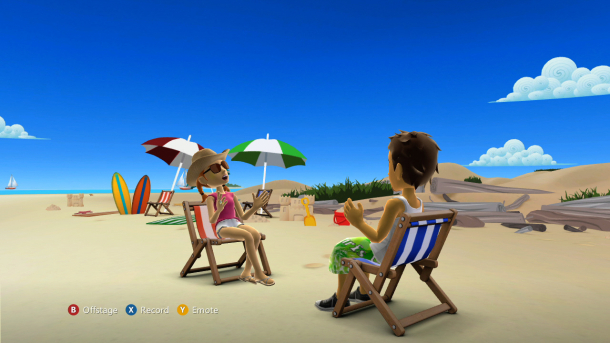 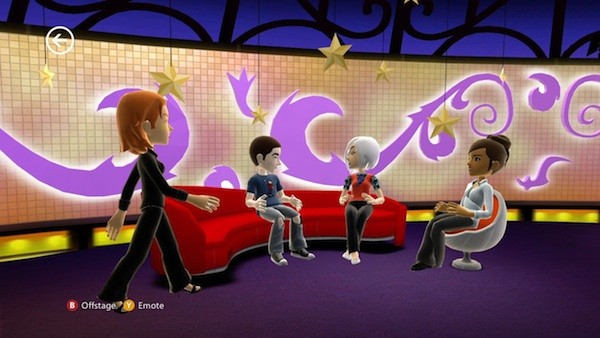 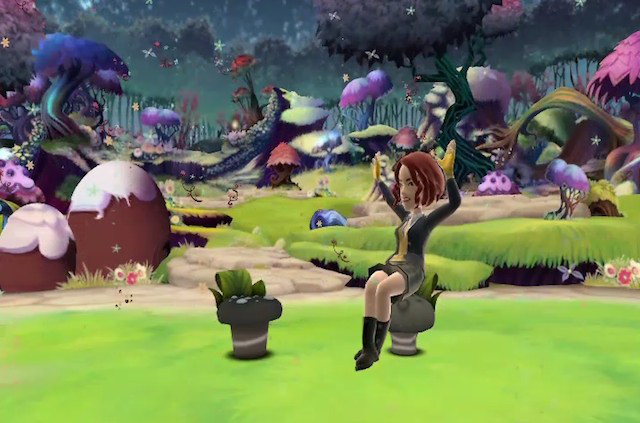 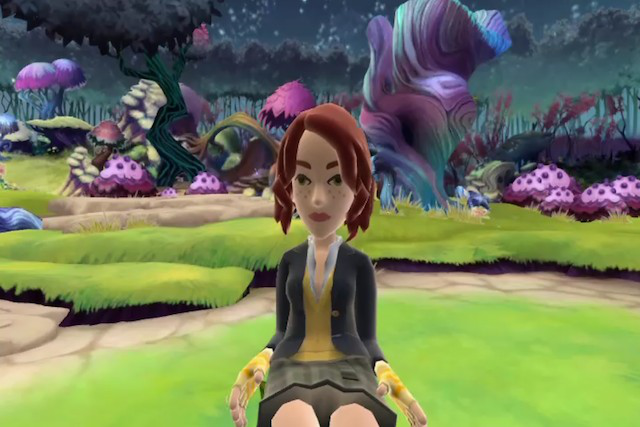 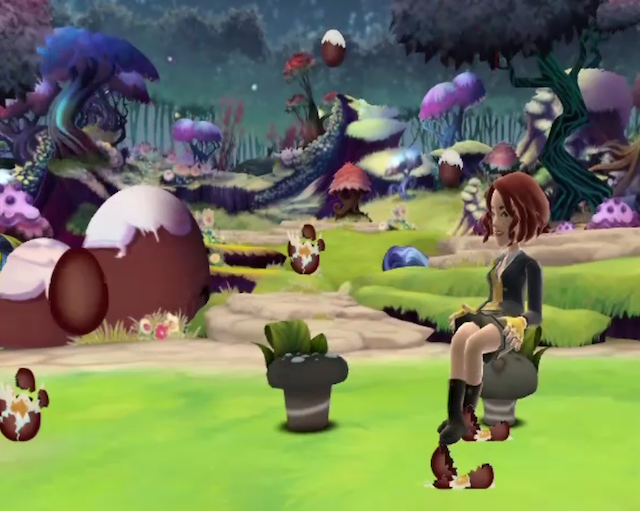 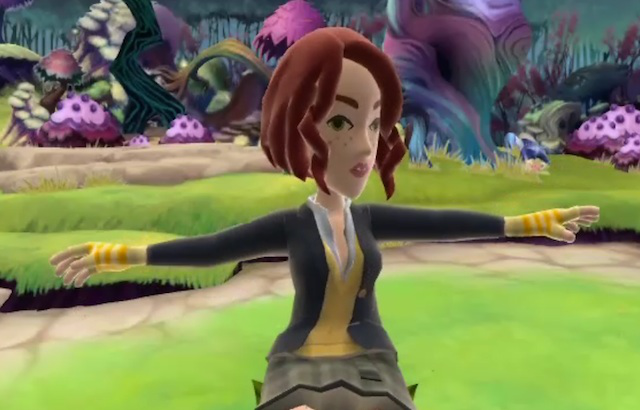