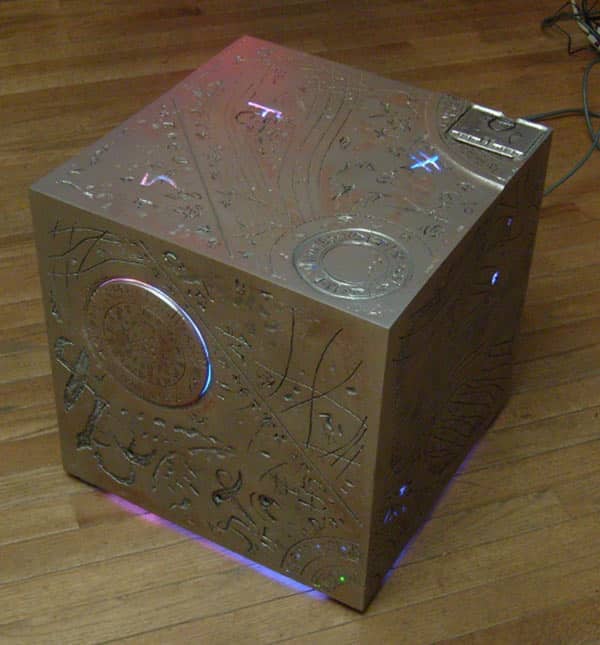 I am sure that all of you know what the “All Spark” is. At least who watched the movie “The Transformers.” In that movie, the main objective of both the DECEPTICONS & AUTOBOTS were this powerful “All Spark.” That powerful cube didn’t transform into anything or vice versa. May be Michael Bay didn’t think about that. But fellow gamer GivinTats thought of an idea. That is the subject of his most recent console remodeling project. Flickr user GivinTats took the concept of the All Spark and ran with it for his All Spark Xbox 360 mod, which “transforms” the fictional block into a living, breathing gaming console. Each and every glyph was hand-etched, with the gutted Xbox 360 sitting safe-and-sound inside the iconic Transformers box.

He recently posted pictures of his Xbox 360 Mod that seems like it was painstakingly created to resemble the Transformer’s ‘All Spark’ cube from their home planet Cybertron. Just like the All Spark was designed to bring life to inanimate objects this mod has brought new life into the Xbox 360. Though this mod looks impressive, its construction was relatively simple. A plywood box was coated with self-hardening clay, and this clay was carved with various glyphs before it dried. Given that the All Spark 360 has more component real estate than the Xbox 360, squeezing in the electronics was a reasonable process.