Digitimes has reported that the next version of iPhone that is iPhone 5 will Sport Dual-Core Processor. This means better gaming and video experiences, as well as a nice speed increase. The same source also reports that Nvidia, Qualcomm and Broadcomm among others have already released multi-core platforms with others on the way. 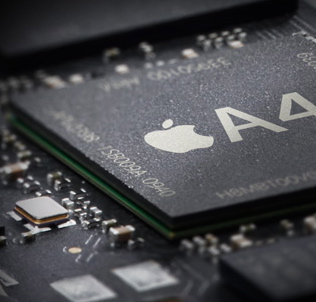 With strong competition coming from Google devices, and other smartphones, Apple sounds like they are ready to up the competition once again. The iPhone 5 is expected to be released in the USA about June or July, (same months that iPhone 4 debuted last year), however it seems as though most of this ETA is mostly based on rumors, but then again, the iPhone 5 is a rumor all together.

Sales of multi-core smartphones will account for 15% of global handset shipments in 2011 with the ratio likely to climb to 45% in 2015, according to an estimate by Strategy Analytics.

With smartphones becoming more and more powerful and users demanding HD visuals and high resolution screens it’s perhaps inevitable that hardware specs will need to grow in order to power them.