The HTC 7 Trophy is the first Verizon Windows Phone and will be available starting May 26 online and Verizon plans to distribute handsets to stores so customers can purchase them at a local retailer on June 2. Microsoft is also dropping in a freebie for Verizon customers and customers who purchase a Windows Phone from Verizon before July 15 will be eligible to receive a free Xbox 360 game……… 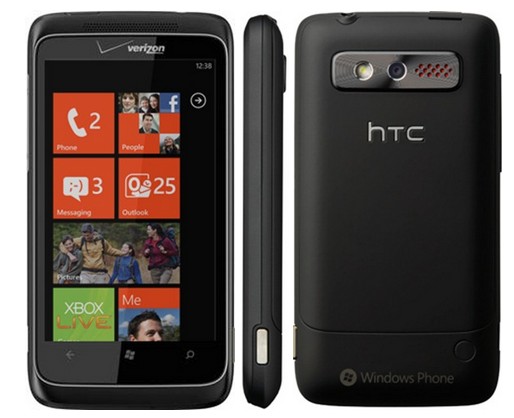 All Lumia Windows Phone 8 Devices Will Be Upgraded To…

HTC Trophy is the first Windows Phone 7 device to come to Verizon Wireless, bringing a new dimension of gaming and entertainment to the nation’s most reliable 3G network. Windows Phone is the only phone that lets you play games with Xbox LIVE. Customers can sync directly with Xbox LIVE mobile to access their avatar, profile and gamer score to keep track of their wins. HTC Trophy also allows consumers to play by themselves or challenge friends in turn-based games. In addition to the many mobile gaming features, customers who buy an HTC Trophy before July 15 get a free Xbox 360 console game. Game enthusiasts can choose from Halo: Reach, Kinect Sports and Lode Runner – up to $60 value. HTC Trophy features the Music + Video Hub, giving customers quick access to music and movies on their device. Customers can stream or download millions of songs with a Zune Pass subscription and access over 15,000 quality apps and games in Windows Phone Marketplace through the Marketplace Hub. HTC Trophy will be available online at www.verizonwireless.com on May 26 and in Verizon Wireless Communication Stores on June 2 for $149.99 after a $50 mail-in rebate with a new two-year customer agreement. Customers will receive the rebate in the form of a debit card; upon receipt, customers may use the card as cash anywhere debit cards are accepted. HTC Trophy customers will need to subscribe to a Verizon Wireless Nationwide Talk plan and a smartphone data package. Nationwide Talk plans begin at $39.99 for monthly access and an unlimited smartphone data plan is $29.99 for monthly access.

Next iPhone Will Coming To Verizon And AT&T

HTC One M8 Launched, Expected To Change The Game