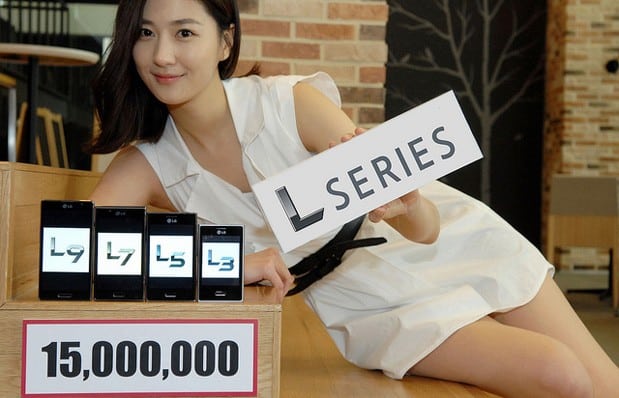 LG is not among the top players in the smartphone arena. However, that does little to diminish the company’s spirits, it seems. LG has a knack of regularly rolling out its sales milestones. The latest of such announcements from the company reveals that it has sold 15 million Optimus L series smartphones so far. The company’s Optimus L series comprises of four smartphones – L3, L5, L7 and L9. Although neither of them has made a lot of headlines in the tech world, it does seem that the company has been able to steadily grow its sales. Even when the smartphone sales by Apple and Samsung are greater by a huge margin, LG has persisted and thrived in the developing markets.

Not only that, the company has been experiencing improved sales over the last few months. One of the key reasons for this could be the Nexus 4 handset. Manufactured by LG and included in Google’s flagship Nexus 4 has attracted raving reviews and fairly good sales.

This, in turn, has also brought LG into the limelight, essentially boasting the sales of its other smartphones. So with the decision to work on Nexus 4, LG has been able to reap the benefits two-fold.