Nokia was once the leading vendor in the world of mobile. But since the inception of iOS and Android smartphones, Nokia has gone somewhat down in the market. But that still can’t blur the fact that Nokia is still shipping millions of handsets and is a very strong contender, now that it is back with Nokia Lumia 900. Nokia announced on Wednesday that it had sold the 1.5 billionth Series 40 OS handset. To commemorate the 1.5 billionth sale, a ceremony was held to honour the buyer. This is perhaps Nokia’s way of telling the world that it still has the potential to lead, compared to Apple’s gross sales of 183 million iPhones since 2007. 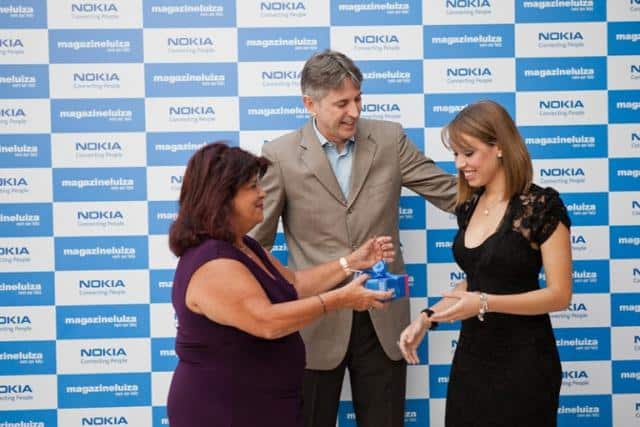 Nokia introduced the S40 handsets as back as 1999, so one has to see this huge sales figure in context of the time Nokia has taken to reach it. But even then, this is one hell of a huge number. 1.5 billion handsets sold to a planet of 7 billion people shows Nokia’s global penetration, although the fact remains that millions of these sets would now have been either disfunctional or abandoned by it’s users in favour of more savvy smartphones.

The ceremony was also kind of Nokia’s ambition to now take it’s smart feature-phones to a similar heights. The lucky person to have been honoured for the 1.5 billionth purchase was 21-year old Mayara Rodrigues from Brazil.

Nokia still holds a huge sway in many countries, for instance in Asia. And Nokia can well cash on this penetration to push out another billion of it’s smart feature-phones. Not to mention, Nokia’s Windows Phone, Nokia Lumia 900 is also expected to earn it a prestigious space in the smartphone world. So with this twin-strategy, Nokia may be expecting to regain the title it once held as being among the top mobile vendors.

Tablets Are More Resurgent Among The Adults In The US

Demand For Nokia Lumia 900 Grows Wild, Gets Hard For Nokia To Keep Up

Nokia Lumia 900 Out Of Stock With AT&T, Available On Amazon