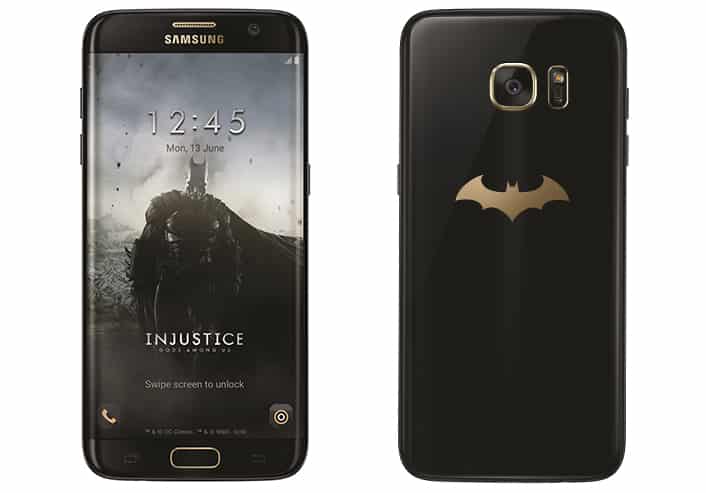 Samsung has got together with Warner Bros and declared the Samsung Galaxy S7 edge Injustice Edition for the die-heart Batman fans. The company brings the Batman-theme into the smartphone in order to celebrate the 3rd anniversary of the fighting video game ‘Injustice: Gods Among Us’. Samsung Electronics and Warner Bros signed an agreement few months back to tied up the Samsung’s high-performance smartphone and central characters of Injustice: Gods Among Us. The exclusive edition of Galaxy S7 edge Injustice version will be available for Batman fans in the beginning of June. For starting, they will release it in China, Korea, Singapore, Russia, Latin America and later on, it will be accessible to other countries.

The Injustice edition of Galaxy S7 edge will feature intensified hardware along with high performing software capability for giving the DC fans better gaming experience. It has also got bigger battery capability to assure the long play time.

You are Batman fan but missed the popular Batman-inspired mobile game Injustice: Gods Among Us? You can download it from the below to get a unique fighting experience. It will engage you with many of other iconic characters from DC universe.