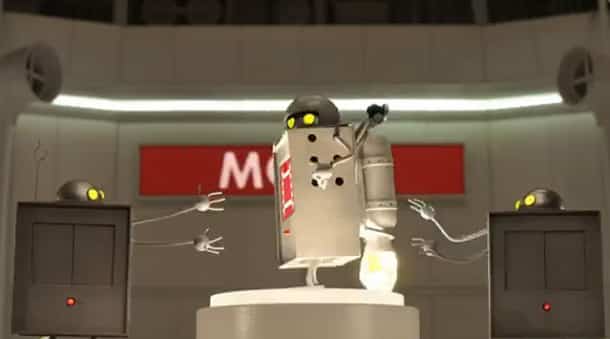 No, mobile-abusers is not really a term, I just coined it out of thin air. But after watching this ad by Sony, I am fairly sure that many would agree. Mobile abuse, in itself, is not even something one would spare a minute for. Again, this ad from Sony tries to change that too. It goes on to show how cute, little robots in your smartphone take care of all your smartphone chores. The ad purportedly is the view of an 8 year old about how things work in a smartphone. The boy narrates how different tiny robots work within your smartphone and carry around stuff, helping  you with sharing data such as video and audio files and communicating with other smartphones.

The ad was actually created by asking a bunch of kids how they think a smartphone operates. Naturally, their notions are quite simplistic but still, somehow they are able to make sense of what is happening within that device.

What I didn’t get though, while I was watching the ad, was a touted feature of these tiny robots within a smartphone to be able to predict the future, past or present. Apart from that, its an ad that can fairly make you start loving your smartphone. But the big question for Sony is, will this ad make Xperia a hit? I guess we will have to wait a while to know the answer to that.

Mobile TV Feast for US Consumers