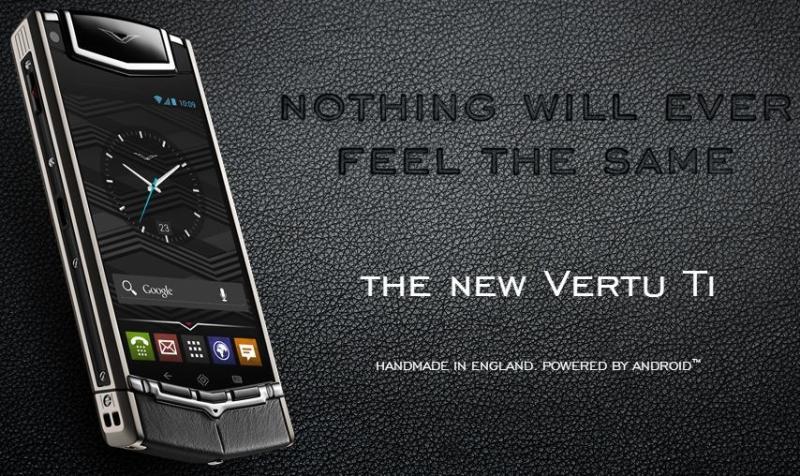 British luxury mobile phone maker Vertu is well known for its lavish and ridiculously expensive phones. Recently, the company has announced its very first titanium-cased, sapphire crystal-screened Android smartphone – Vertu Ti. You will be very much astonished by hearing that this smartphone costs more than $10,000! Eager to know the details of the phone. Read more below. Vertu Ti is handmade in England. Its chassis is constructed out of titanium, and the screen is fashioned from sapphire crystal. No doubt, such a phone is more durable than any average plastic phone. Vertu Ti weighs 180g (6oz) and runs on Android 4.0 Ice Cream Sandwich.

In addition, the phone comes with a leather slip case, chargers for the car and wall, data cables, a portable power pack, wired stereo headset, Micro and Nano SIM adapters, an “authenticity card,” and more more attractive features. Apart from these, Vertu Ti includes musical punctuation from the London Symphony Orchestra. The best thing of this phone is users will get access to Vertu’s “concierge” call service 24/7 to get localized advice and help with events and restaurant bookings.

Vertu’s head of design Hutch Hutchinson said, “Vertu will never be at the bleeding edge of technology… it has to be about relevant technology and craftmanship — it’s not a disposable product.”

The most interesting thing about the device is it has no HD display, no dragon skin carrying case. That’s not all. The device doesn’t support 4G LTE connectivity. But the starting price of this smartphone is US$10,569 (equivalent to €7,900 or £6,994).

Though this is not Vertu’s most expensive phone to date, the company claims it is definitely the most powerful. If you’ve got ten grand to burn, then you can get Vertu Ti now from Vertu’s online store.

Source: Vertu
Thanks To: BBC

Windows Phone 8 May Be The End Of BlackBerry

How to change HTC EVO 4G