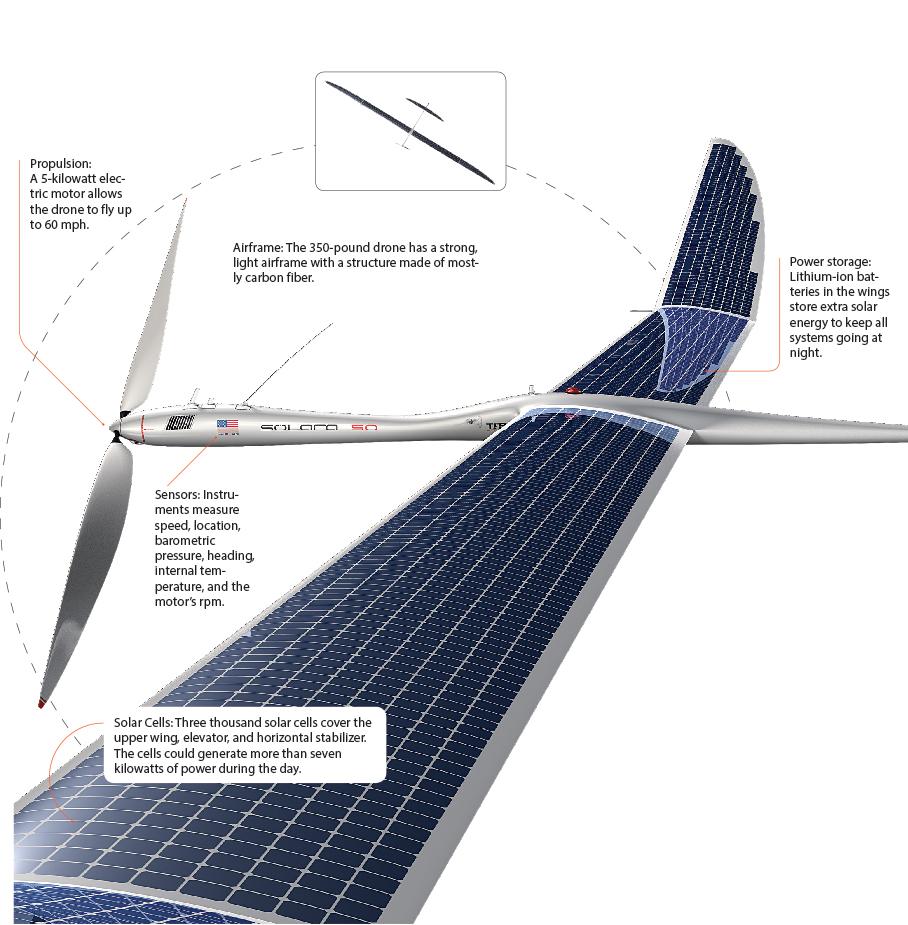 Now a days, drones as well as solar-powered things have become much popular. Earlier, we’ve seen solar-powered UAV (drone) that can fly for 14 hours. And now, a solar-powered drone called Solara 50 has been designed to fly for 5 years nonstop. Titan Aerospace, which recently been reported as acquired by Facebook, has made Solara 50. The drone has been named Solara 50 because of its 50-meter wingspan. It will fly at 65,000 feet above from ground. That means, this drone will not disturb any aircrafts, planes, or other drones.

The secret of the drones’s power energy is the sunlight. In day time, it will fly using the sunlight. At the same time, it will convert the sunlight into energy and will store within itself for flying at night. What more notable is this solar-powered drone Solara 50 has been designed to fly for 5 years nonstop.

Titan Aerospace will test the drone soon. The company will market the drone as an “atmospheric satellite.” The drone could be used for tracking hurricanes, spot pirates and smugglers, follow animal migrations, and even act as an auxiliary GPS. In essence, it would be a geostationary satellite without the expense of going to space. Here’s a video for you.

The US Decides To Build Its First Offshore Wind Power Farm

New Research Shows How Biking In Polluted Air Affects You