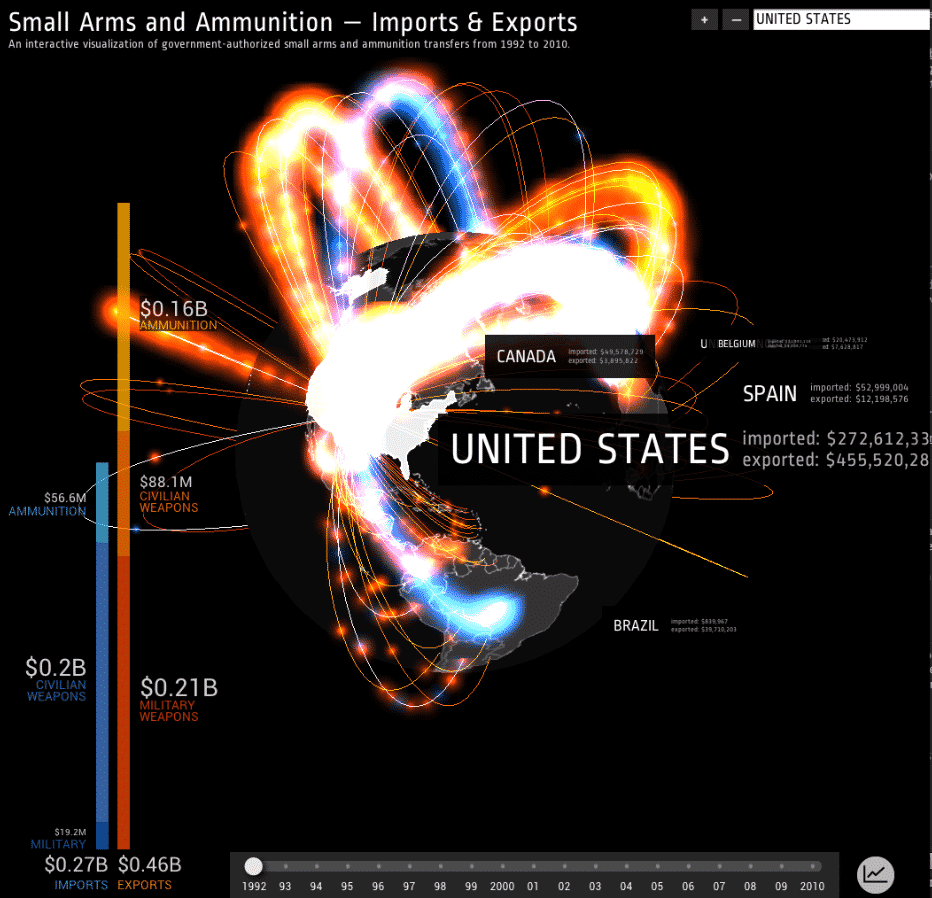 Producing and selling weapons has come about to be a huge industry in this rather unfortunate world of ours. With every nation jumping on the bandwagon of national security, it is inevitable that the arms industry is going to boom. Until now, that was happening under the eyes of the citizens. A new interactive map attempts to join the dots and show the small arms and ammunition imports and exports of different countries around the world. A number of websites currently provide data on the arms imports and exports of different countries. However, most of this data is presented as plain number. And that can get quite boring for common users as well as researchers.

Google has partnered with a Brazilian think tank, Igarape Institute, to create an interactive map which goes on to show just how much each country spends on the import of small arms and ammunition; and how much it gets in exports by selling them.

For instance, according to the statistics revealed by this map, USA imported a whopping $1 billion worth of small arms and ammunition in 2010. Half of this bulk was used as civilian weapons. Interestingly, the largest bulk of this weaponry came from Brazil, worth $151 million to be exact. Next on list is Republic of Korea which sold weapons worth $45 million to US whereas $92 million worth of weapons were purchases from Russian Federation. At the same time, USA exported $607 million worth of small weapons and ammunition in the same year.

Statistics like these were hard to organize,but this new visual, interactive map attempts to present them in an interesting manner. Although the statistics may be slightly inaccurate, something which Igarape admits, it goes on to detail out how it was able to acquire the numbers and why these are lacking in some cases. You can explore the interactive map here.

[Infographics] Impatient Americans – Why Website Needs To Be Fast

Getting In Bed With Your Gadgets [Infographic]