Before Google dominated the online search, AltaVista was among the big wigs in the arena. The search engine was once the most popular stops for people to punch in their online queries. However, over time, AltaVista has been diminished to a barely significant product. Which is why Yahoo has now decided to abandon it altogether. 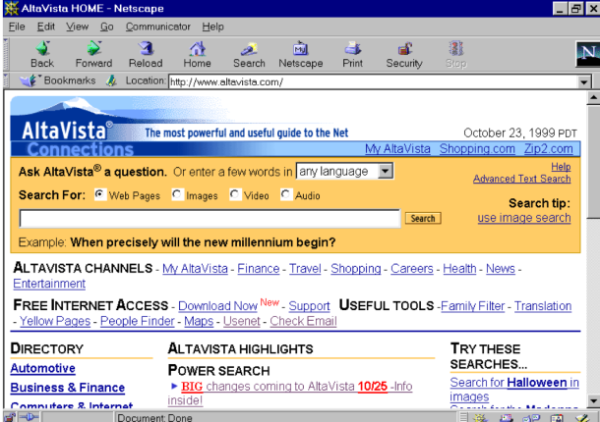 Over the years, as the influence of the likes of Google increased, AltaVista has struggled with its existence. The search engine was once an excellent tool but apparently, the teams behind it weren’t able to change and innovate it fast enough to keep pace with the competition.

This was further marred by the fact that over the years, AltaVista was acquired and pawned off by a whole bunch of companies, including the likes of Compaq, Overture and CMGI. The latest acquisition of the search engine was done by Yahoo.

However, even Yahoo wasn’t able to revive the foregone glory days of AltaVista. And since the company has been on a cut-back spree for a while now, trimming down all such products which are no longer viable, it has decided to axe AltaVista too.

The sad part is when Yahoo announced that it is finally putting an end to AltaVista’s life-support, many were surprised that the search engine even existed. However, the decision makes every sense for Yahoo since the company wishes to relocate all its resources to such products which are popular and viable. So abandoning AltaVista essentially means that all the resources being consumed by the search engine would now be dedicated to other products.

Google Is Reportedly Working On An Android Game Console

Apple May Give Up On Samsung-Made Chips In 2014