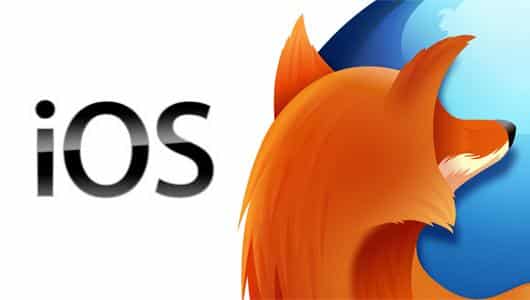 Over a year past since Mozilla stated that it wouldn’t release a version of Firefox for iOS because Apple won’t let it use its own web engine on its platform. But seems like with a new CEO on board, Mozilla is changing its decision. Lately, at an internal Mozilla event in Portland, the organization talked about the need to get its browser onto iOS which means it is thinking to release a version of Firefox for iOS. Mozilla has long wanted to bring its own rendering process to iOS. Two years ago, Mozilla tried once to flirt with the idea of embracing iOS for an iPad browser. Unfortunately, that project, known as Junior, never made it to consumers because Apple showed no signs of lifting the restrictions it had in place to forbid.

But after the release of iOS 8, Apple gave developers full access to its speedy JavaScript engine. Previously that had been exclusive to Safari, and third-party options like Google’s Chrome and Dolphin were always slower than Apple’s own software as a result. And with everyone now on the same level, Mozilla may no longer be so insistent about building its own engine.

Jonathan Nightingale, VP of Mozilla said, “We need to be where our users are. So we’re going to get Firefox on iOS.”

Mozilla’s intentions are clear. The company could still make Firefox for iOS look and feel much different than Safari, and allow users to sync their bookmarks between Apple’s mobile OS and the desktop. It’s coming to iOS, even if users still can’t override Safari as their default browser.

Source: Mozilla
Thanks To: The Verge

Rapidshare To Drop Unlimited Storage Plans, Brings 2 New Ones Instead