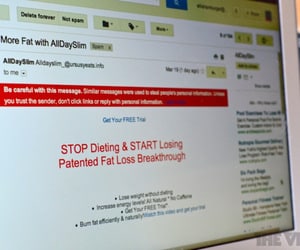 It is really annoying and sometimes cost users a lot in different ways when one of their important emails has been dropped in a spam folder. One wishes to than just ask Gmail simply why it did so. But unlike earlier when one could not get a response back to that question, now Gmail does tell a user why an email has been sent to a spam folder. Out of so many other features that Gmail has introduced this one surely is one of the best that would be coming about. Google has been rolling out new features which will be both interesting and useful for the users. Besides it is important that a user understands the services he or she is taking. For users, it is important not only to have a good interface and surfing experience while using a service like Google, but should also know how it work and what it does and why it does so.

Hence, just to serve on such curiosity, Gmail for now will be telling users why their email has been sent to a spam folder rather than in their inbox according to The Verge. When unwanted emails go there, it is really a kind service, but when an important email goes there, it is really irritating. May be Google might come out with more such explanations to other things through other features.

For now, Gmail is offering different explanations as to why an email was moved to a spam folder. And it explains the following: