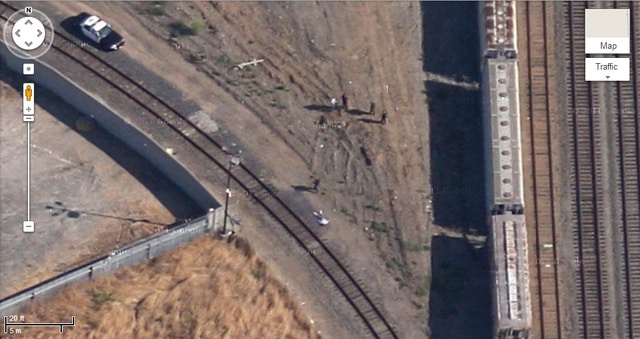 Google Maps tend to overlook the private details of different images, which is why Google is often in trouble for breaching people’s privacy when uploading these satellite images. Jose Barrera has now asked Google to take down an image which shows the dead body of his 14-year-old son who was murdered back in 2009. Although the shocking incident took place back in 2009, Google still has a photo of that place in its Maps repository. The image shows a body lying near the railroad tracks in Richmond while a few law enforcement officers stand by and there’s a police car at some distance.

Jose Barrera says that he doesn’t want the body of his son to be viewed in such a fashion by people online. According to him, “When I see this image, that’s still like that happened yesterday. And that brings me back to a lot of memories.”

The most unfortunate part of this entire affair is that the killer of the young boy was never found by the police, leaving the wounds raw and unheeled for the family. Barrera has submitted a request with the search giant, hoping that this would suffice to have the grisly image removed from Google Maps.

However, it remains to be seen how compliant Google turns out to be. The image has already made its rounds across the online tech sites which may assert a certain pressure on the search giant. In a way, the image is indeed the violation of privacy of many people.

Rapidshare Urges US To Go After Linking Sites, Not File-Sharing Services