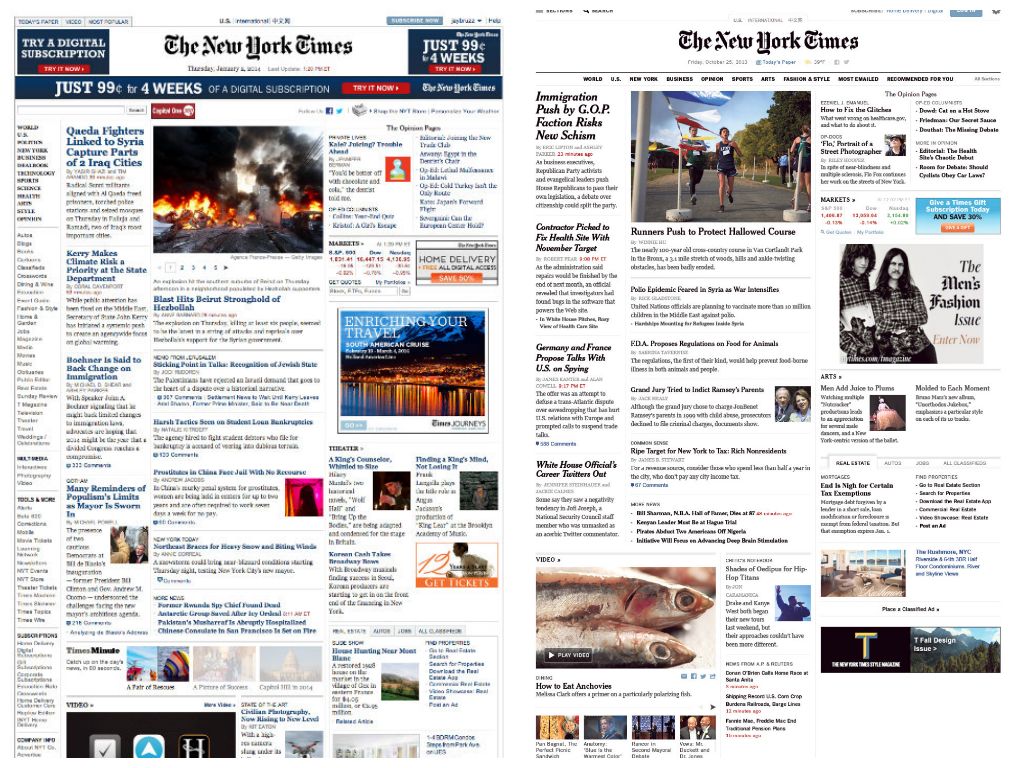 New York Times has been in a financial fix for some time and now has come up with a plan to resolve it. The paper will revamp its website on Jan. 8 while at the same time, introducing native advertisements embedded within its regular content. Native advertising is pretty much the holy grail of advertisers today. Native ads looks pretty much the same as the general content on the website, except that a small sticker or some other hint is supposed to indicate that they are sponsored posts.

A number of major online publications have already been using native ads, which brings in substantial revenue. NYT hopes to offset the losses it has suffered when switching from print to digital, with the help of native ads as well as a focus on videos and photos.

Videos and photos are effective in capturing the attention of a reader far more successfully than plain text. This is precisely why even major tech big-wigs such as Facebook have revamped their interfaces to focus on visual content. Such a focus brings dual benefits. For instance, when NYT implements the new look, it is quite certain to ramp up the traffic to the site.

At the same time, let’s not forget that advertisers love video ads. These ads, often placed in the ten seconds or so before the actual content starts, are becoming increasingly popular all over the internet. So after the scheduled revamp on Jan 8, NYT site stands to open up a new revenue stream by offering video content together with such ads.

While all these changes may affect the user experience for online NYT readers as well as the quality of NYT’s content, it is sadly an inevitable move that all media organizations shifting from print to digital have been forced to make in the last year or so.