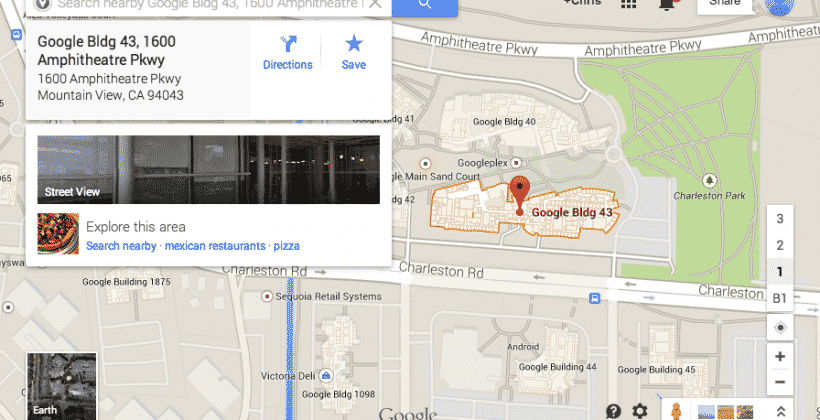 Back in February when a redesigned Google Maps was rolled out, a number of earlier features bit the bullet. These included the ‘search nearby’ feature which was immensely useful. Thankfully, the feature has been reintroduced now. For the uninformed, the ‘search nearby’ feature loads local businesses and other important locations based on your own location or any other address that you provide. This lets you get a general overview of that particular locality without having to look up different business addresses one by one. So if you are leaving your home for a dine out at a nearby joint, you can punch in your location and Google Maps will cough up the relevant addresses nearby.

The feature is back on the desktop version of Google Maps. You can control the magnitude of zoom when using the feature, which means that the addresses you are shown can be limited to a specified area.

To access the feature, simply get on your Google Maps’ desktop version and add a location. A ‘search nearby’ bar will appear right next to it. The feature has apparently been reintroduced after many users lamented its loss in the Maps redesign. Now that it is available again, many have called it one of the most useful features of Google Maps.